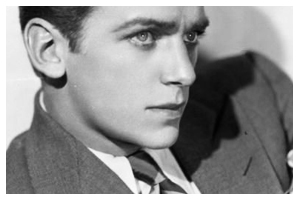 I first saw her in The Mask of Virtue–her first West End success, and shared the general enthusiasm for her staggering beauty, engaging personality, unique quality of voice, remarkable talent and for her undeniable possession of what Noel Coward called ‘star quality”. In person she was equally attractive, except, in those days, more shy and less sure of herself or poised.

Things I admire in her:
a) Her passionate loyalty to her friends.
b)Her capacity for affection and friendship.
c)Her sense of humor–broad, subtly, sly, sophisticated, ribald.
d)her remarkable well-cultivated taste in and knowledge of literature, and the arts, of architecture, furniture and decoration, gardening, food and wine.
e)Her professionalism, and, when her health permitted, her self-discipline.
f)Her toughness beneath the fragile exterior
g)Her not always sound but always sincere enthusiasm.
h)Her intellectual appreciation for beauty of the senses.

Did I ever have a serious quarrel or disagreement with her? Not that I recall. The nearest thing to it was I suppose her awareness of my old friendship with Larry, which went back to about 1930 or 31, and that when strains between them became more evident, she might have assumed that however devoted and close my wife and I were to her, my oldest and closest ties remained with Larry.

As an actres she was somewhere between ‘excellent” and “very good”. She was not, I think, the best, but she could be better than anyone else at certain parts (viz. Gone with the Wind, Caesar and Cleopatra.) She was so much better, both from the point of view of training and technique and of inspiration, that it seems niggling not to give her the top rating.

The last time I saw her (my wife and I called on her when she lay ill in bed) was only a few days before she died. Looking very pale, and clearly very ill, she sat up carefully and expertly arranging flowers in vase after vase. She carried on a bright and amusing conversation, talking of her plans and her impatience with what she insisted was a temporary setback. Willful as always, she mockingly and flagrantly disobeyed her doctor’s orders about smoking, leaving her bed, talking too much and tiring herself. Yet were she to have surrendered meekly in order to improve her chances, she would not have been her true self. Her beauty never left her–nor did her humour. Only her life.