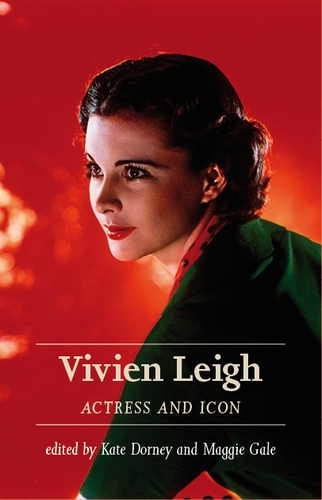 Excellent news! Remember about a year ago when I put up a fan survey as part of my research for a chapter in an upcoming Vivien Leigh compilation book? Well, that book has finally appeared on the Manchester University Press website and is slated for publication in November of this year.

Vivien Leigh: Actress and Icon is not a biography but rather a collection of essays on different facets of Vivien’s life and career. I know everyone who contributed, myself included, worked very hard on this project and I look forward to reading the other chapters. My own chapter is titled “From the Fans”. It draws heavily on the collection of fan letters in the Vivien Leigh Archive at the V&A. Here’s a short excerpt:

Both the Leigh and Olivier archives contain a significant amount of mail sent to Leigh from Japan. The post-war American occupation of the island nation brought with it significant Western influence, including the resumption of Hollywood film imports that had ceased during the war. It is likely that Leigh’s films made between 1939 and 1945 were part of the backlog that built up in the Hollywood and British studios during the years of international conflict, which would explain why the earliest archived letters she received from Japanese fans date from around 1950. The new influx of American films also coincided with a productive period in Japanese cinema, with acclaimed directors releasing some of their best work – Akira Kurosawa: Rashomon (1950), Seven Samurai (1954); Kenji Mizoguchi: Ugetsu (1953), Sansho the Bailiff (1954); Yasujirō Ozu: Tokyo Story (1953). Cinemagoers had a rich selection to choose from.

Caesar and Cleopatra (1945) and Waterloo Bridge (1940) reached Japan before Gone With the Wind did and it appears that both films had an impact on younger people.  M. Soejima in Kanagawa Prefecture told Leigh he had seen Waterloo Bridge sixty three times and had memorized all of the dialogue. Seventeen-year-old Toshitake Fukomoro in the ‘quaint old large city of Osaka’ saw both films and described himself as Leigh’s ‘ardent fan.’ In carefully printed English, using green ink, Fukomoro attempted to relate his admiration:

‘I was completely charmed and fascinated by your talents, your beauty captures everyone’s heart … Many actors, singers, have visited our country since the end of the war, four years ago … Oh, if only you could visit us, too. I will keep praying, so my dream may come true some day.’

These fans were not only eager to tell Leigh how much they appreciated her and her work, they were happy to share with her aspects of their own culture. Colorful cartoon sketches adorn corners of ageing paper; souvenirs and snapshot photographs are still tucked into yellowing envelopes. Tokens of appreciation that provided glimpses at life on the other side of the world.

Vivien Leigh: Actress and Icon is being published to commemorate 50 years since Vivien’s death. Pre-order your copy here.