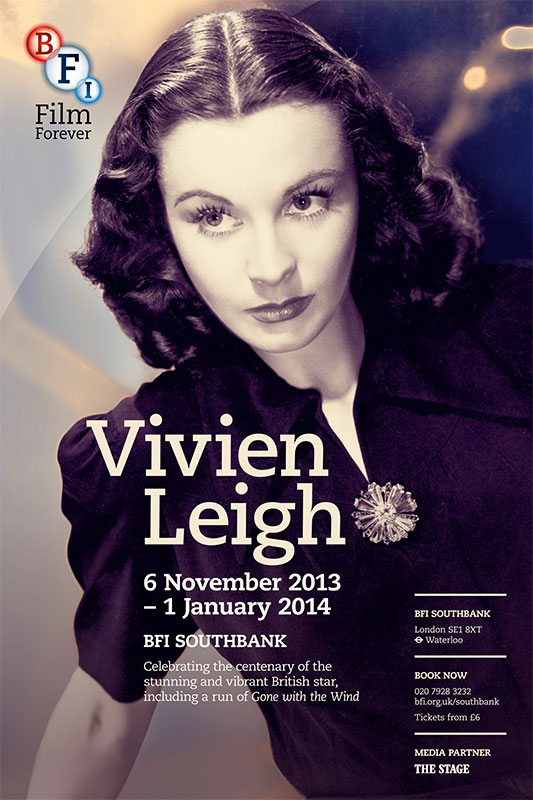 It’s October, and you know what that means! From the recent acquisition of the Vivien Leigh Archive by the Victoria and Albert Museum, to a BFI film season, and much more, the spotlight will be shining brightly on Vivien’s memory this autumn.

I’ve always thought that Vivien was better appreciated for her contributions to Hollywood films than she has ever been here in her native England, but the fact that so many of these events are happening around London shows that this national treasure hasn’t exactly been forgotten. And she’ll be celebrated in the States, too, although it seems to be more of a nod to the 75th anniversary of Gone With the Wind next year than to Vivien’s 100th birthday. Still, there will be no shortage of opportunities for fans to indulge in their appreciation for Vivien Leigh!