The Siamese Cat–A Popular Pet: “New” and its Celebrated Owner

Mr B.A. Sterling-Webb, Hon. Treasurer of the Siamese Cat Club, in “The World of Science” article writes of the Siamese cat that it “is easily the most distinctive and popular of all breeds, combining, as it does, a unique appearance with an intelligence of a very high order,” and describes its many charming characteristics. Here we reproduce photographs of a typical animal of the species with its owner, the celebrates actress and film-star, Miss Vivien Leigh (Lady Olivier). The cat was given to Miss Leigh three years ago. It became a popular figure at the Shepperton Studios during the 5 1/2 months it took to shoot the London Films production, Anna Karenina. 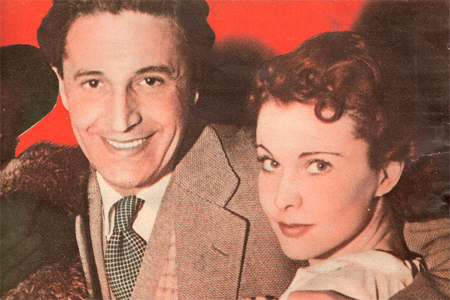 Ivor Novello was both amused and delighted to hear that he had so completely mystified the friends who crowded into his dressing room after his great first night triumph in The Happy Hypocrite at His majesty’s.  Many of them had thought he wore a mask when he made his first entry, but, actually, his startling transformation into the red-faced and bloated viciousness of “Lord George Hell” is due entirely to patient–and clever–make-up.  For the later scenes he had three different half-masks, which just leave his mouth and chin free, and, as he feels inclined at the moment, he wears one or other of them or else reveals his face. 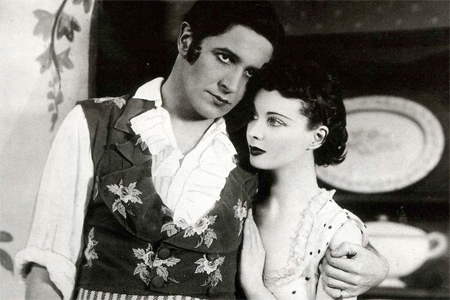 He never puts on at all the complete mask which is brought on for the inspection in the early scene at the mask-maker’s shop.  Ivor, of course, had a special “cast” taken for this mask, and it seems to me that if only a supply of duplicates could be arranged they would be surely and eagerly bought up by his countless “fans.” 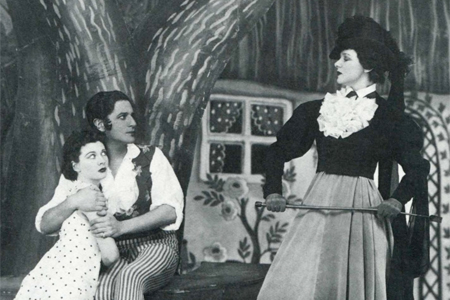 The youthful Vivien Leigh, who is such an adorable “Jenny Mere,” was proudly displaying for her dressing-room callers a gift from Ivor Novello of Coleridge’s poems bound in flame-coloured parchment.  She had a wonderful show of flowers, too, the most admired offering of all being a big oval mirror framed in closely-massed blue hyacinth blossoms and surmounted by a true lover’s knot of blue forget-me-nots and pink roses.  “And when the flowers die, what?–” began a practical friend; but before she could finish her query she got a poetically gallant reply from the young husband who had sent this gift to Vivien”  “Anyway, the mirror will always reflect a flower–my wife’s face,” he said. 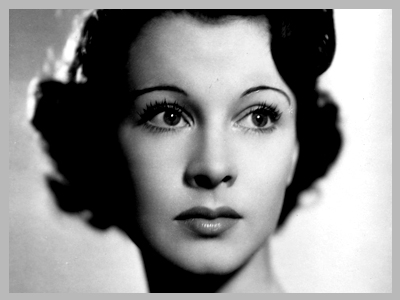 “Words, but if one of them were true?”
by Vivien Leigh
The Theatre Illustrated Quarterly
Summer 1935

I have a pen in my hand.  It has started writing.  Why, only the Editor of this magazine and a stern-faced man called Sydney Carroll can explain.  I know I ought, when off the stage, to be invisible, to leave the world to guess my thoughts, if it wants to, which I hope, but doubt.  But as I respect my Manager and adore my theatre, and as I have a terrible fear of the press (though I think all pressmen dears, especially when they don’t ask me to talk about my baby), here I am, praying under my pen for just one smile and one word of forgiveness for stealing, with their interests in mind, into the greater limelight of the printed word.
… Continue reading