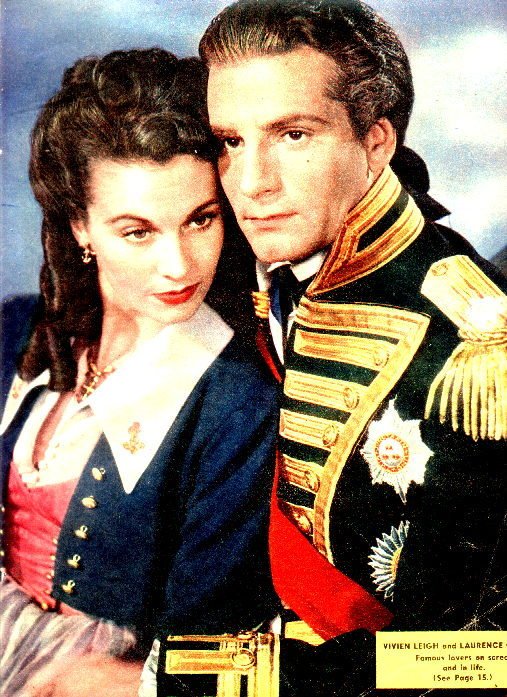 Summer is officially upon us.  In one week I’ll be leaving Southern California, and in two months I’ll be heading overseas to start my graduate program in London.  I can’t believe how fast this year has gone by, and I know the coming year will be very busy for me.  This might mean some changes for vivandlarry.com because I know I won’t have time to update the site quite as regularly.   Focusing on and doing well in school is very important to me, as is using the opportunity of being in London to try and capitalize on a book project I’ve been working on for the past 2 years.

Over the course of the next couple of months, I plan on scanning/screencapping any photos that I have yet to upload to the gallery so that I have them to easily upload overseas, putting as many videos in the Cinema Archive as I have time to upload, scan any articles, upload pages, etc.

One thing I can promise is this: I will not abandon vivandlarry.com.

I may ask if anyone would like to be my co-webmaster, though. 🙂

Anyway, look for a lot of new things on the site in the upcoming months, and if you have any photos, articles, or videos you’d like to share with your fellow Larry and Vivien fans, please send them in to vivandlarry {at} gmail {dot} com.  While overseas, it is likely that this blog will be the most frequently updated part of the website, and if you’re going to be in London at any point over the next year, and would like to meet up to go Vivien Leigh and Laurence Olivier sight-seeing, be sure to get in touch.  I love meeting fellow fans!  Depending on my schedule, it might be possible to organize a larger fan meet-up next spring.

Yesterday kicked off the opening games of the 2010 FIFA World Cup, a tradition that started in Uruguay in 1930. Personally, I could not be more excited! The World Cup is my favorite sporting event. There’s something so beautiful, powerful and graceful about the glorious game. I’ve always been Anti-American when it comes to soccer (or football, as everyone else on the planet calls it), simply because in Europe the pace is so much faster and exciting than in America. I’s also like to add that perhaps my enthusiasm stems from the fact that I played competitive soccer for about 13 years–through high school and college, and played in a youth tournament in the Netherlands when I was 16. I personally think our national team–though we have improved greatly in recent years–would be better if we farmed out our players to Europe (England, Spain) for the club season so they can get the experience of playing with the big boys. Tim Howard, our goalkeeper, knows where it’s at. He spends his club season at Everton in England, and lo and behold, he’s our best player. 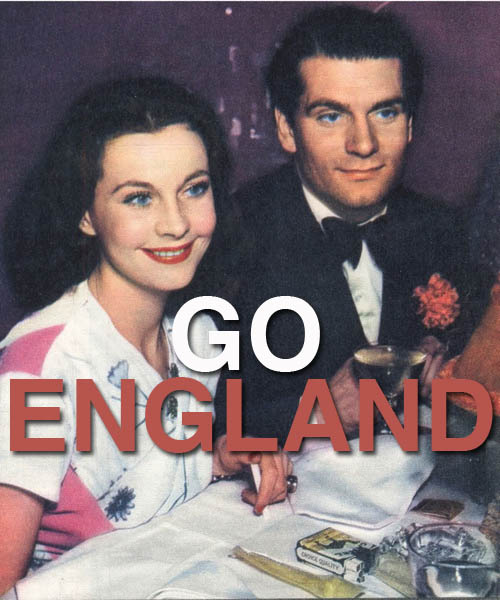 Today, the USA faced off against England for what had to have been the most anticipated match of the first round. I was supporting England, as usual, and was a bit disappointed with the fact that they couldn’t seem to get the ball in the back of the net after Steven Gerrard’s beautiful goal in the fourth minute. And I was A LOT disappointed with Robert Green’s embarrassing fumble which allowed Clint Dempsey to get a courtesy goal. I hope you don’t get shunned upon your return to your village, Robert Green!

What does any of this have to do with Vivien Leigh or Laurence Olivier? One fan wrote in to the vivandlarry.com formspring wondering if the Oliviers had been football fans, and I’d always wondered the same thing:

I hadn’t recalled every reading anything in biographies about Larry or Vivien being fans, but I knew that England had won the World Cup back in 1966, and I had assumed that since they were British, they must have liked some sport that was popular over there.  A quick google search revealed that Laurence Olivier was indeed a football fan, and supported Chelsea FC, one of London’s best Premier League teams.  Larry would sometimes be seen hanging out with Richard Attenborough in The Shed at Stamford Bridge during the 60s and 70s.

And there we have it: Laurence Olivier was a Blues supporter.

The 82nd Academy Awards are fast approaching.  Soon the day will be upon us when a movie about blue alien people will be named Best Picture and Sandra Bullock and “Oscar winner” will be said in the same sentence.  All the while, quality films like Jane Campion’s  beautiful Bright Star have been completely ignored in favor of box office returns.  I’m off track already.  What was this post going to be about?  Oh, yes!  This is actually a tribute to my favorite Oscar-winning couple.

Did you know that Vivien Leigh and Laurence are one of only TWO couples in the history of motion pictures who both won an Academy Award while married to one another?  This is a true story (the other couple is Paul Newman and Joanne Woodward).  Between them, they had 5 Oscars.  Now, unless your name is Meryl Streep, good luck living up to that amount of awesome. 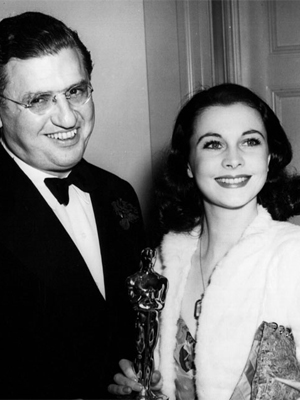 Vivien Leigh won her first of two Academy Awards in 1940 for her portrayal of Scarlett O’Hara in Gone with the Wind.  The ceremony was held in the famous Coconut Grove in the Ambassador Hotel in Downtown Los Angeles.  The Ambassador was recently demolished to make way for a much-needed inner-city school, but if you drive by the site where it once stood on Wilshire Blvd, you can still see part of the front entrance amidst a bleak landscape of bulldozed dirt.