As of late, there has been much debate/discussion on the Vivien Leigh and Laurence Olivier Facebook page regarding Laurence Olivier’s sexual orientation. There have been many rumors about both Larry and Vivien for as long as anyone can remember. Just recently a book called Damn You, Scarlett O’Hara was published that’s overflowing with them. But the main rumor that’s pervaded the scene since Donald Spoto published his biography of Laurence Olivier is that Larry was bisexual. The subject of sex and famous people’s sex lives is the hot ticket, especially in this day and age. I don’t focus on this topic here at vivandlarry.com very often, if at all, but since it keeps popping up elsewhere, and since it was pointed out yesterday that I “have virtually ignored [the subject] in my research as hearsay”, I decided it might be best to just put my two cents here, and simply refer people to it when asked so as not to have to keep repeating myself in long-winded arguments.

Why I don’t focus on Laurence Olivier’s sexual orientation:

Why am I even bothering with this? 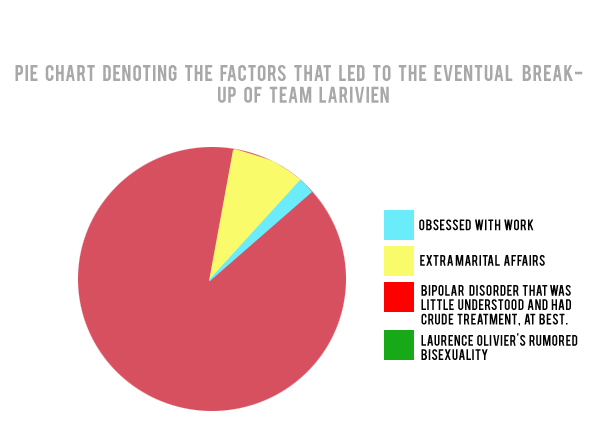 Disclaimer: If this post wildly differs from your own opinions and therefore offended you, I apologize.