“Greetings!
To the
Wondrously beautiful
Dearest beloved
Most adorable
Mistress of Notley”

“Of all the houses I’ve lived in over the years, Notley is my favourite. It was absolutely enchanting, and it enchanted me. At Notley I had an affair with the past. For me it had mesmeric power; I could easily drown in its atmosphere. I could not leave it alone, I was a child lost in its history. Perhaps I loved it too much, if that is possible.”– Laurence Olivier

Returning to war-torn England in late 1940, Larry and his new bride found their old house, Durham Cottage, practically in ruins from a bomb raid. While waiting for renovation, they shifted from one temporary house to another, often going to a town nearby where Larry was stationed in the Fleet Air Arm. In 1944, they finally found the house that would serve as their marital estate until 1960. It was a large stone abbey in Buckinghamshire that had once been endowed by the real Henry V.

Larry was instantly taken by its majestic presence, but Vivien had her doubts (and so did many of their friends). How would it be possible to make the place liveable? It would cost a fortune to renovate it; there were hardly any modern amenities. As friend David Niven said, “It looked absolutely hopeless”. But Larry could not be swayed, and they purchased the abbey shortly before the end of the war.

Vivien may not have thought much of their country retreat at first, but as her health began to cause her more and more problems, she took refuge within the great gray walls and made Notley into a romantic other-world where some of the greatest parties of the day took place with everyone who was anyone in attendance. The Oliviers also enjoyed the outdoors, planting massive amounts of rose bushes and a widow’s walk along the drive, leaving a signature on the grounds that still exists today.

Vivien’s former co-star and lover, Peter Finch remembers the parties at Notley in Gwen Robyns’ Light of a Star:

An attitude circulated that these weekend parties were in some way exclusive gatherings of a small and somewhat superior theatrical clique. It was never like that. Vivien adored her home and she was never happier than when she could share the peace and beauty of Notley.

I think Larry would have appreciated their being on their own a little more. But Vivien was one of those people who must have people around her. They were not wild parties nor in any way particularly unusual–except possibly that they gave us a chance to relax and be ourselves far removed from the artificiality that surrounds much of the life of the theatre.

Larry, I remember, spent his time enjoying his hobby of tree pruning. I spent one glorious afternoon employed on nothing more glamourous that cleaning out a stretch of clogged up river.

Tarquin Olivier describes how he remembers summers at Notley during the better days of his father’s and Vivien’s marriage in his book, My Father Laurence Olivier:

A summer image is of Vivien in a cloud of butterflies, picking flowers, deep in the herbaceous borders with her basket and shears, watched by the Siamese New Boy. In the pantry she chose an elegant white vase, her varnished nails glinting as she darted the flowers into position.

“There,” she said, satisfied. “Almost as fun as picking them.”

We went into the library and she placed them lightly on a stem table. George and Mercia, Tony and Annie were there. Larry’s face had an aura of joy as he watched her finger-tip the flowers with a touch of finality.

“So pretty,” she said, making her lips into a kiss as she did so: “pooritty, aren’t they, Baba darling.”

I had never before seen a man and woman in love. Theirs had a depth of experiences shared for eight years, remembered passion, loss and fearful illness, and now rebirth of all they had ever had.

In the letter below (also from Tarquin Olivier’s book), Vivien describes her sadness at the thought of having to sell Notley in 1960.

…Ernest was fond of you as always. It has been a most wretched and miserable time.…Larry’s play opened in Boston to fair reviews. He has had a very horrid time poor darling as Tottie Baddeley turned out to be not everyone’s idea of the part and has to be replaced. It opens in NY on Wednesday. He will be home by next weekend. Oh Tarkie darling I just simply cannot live without him and it is an unbearable pain to be parted from him—every minute of every day it seems to become more and more agony. It now seems I shall HAVE to do Duel of Angels in NY rehearsing 12th so that will mean another 4 months separation. I do not know how to begin to think about it or face it. He is most anxious for me to do the play so what can I do? On top of all this it seems as if Notley is sold. I can hardly write the words. A Canadian couple saw it some weeks ago, made an immediate and perfectly good offer and want to move in at the end of April. It doesn’t seem possible, does it? Of course it is looking particularly beautiful. We have had the most glorious crisp and dazzling winter days…I walk from place to precious place and gaze at the beloved views with tears pouring down my face. What memories for all one’s life—such unbelievable rare happiness, sweetness and quietude there has been here. I don’t forget the other times too, but they seem to me outweighed by blissful togetherness. Dear God it is a heartache…the fact that we have known for some time now that it would have to go doesn’t seem to help in the least.It is fifteen years—a great part of one’s life. Shall you ever forget our walk on that misty moonlit night? Oh the hundreds of times my beloved Larry and I have wandered here in wonder and grateful amazement at the beauty all around us—the feeling that we were a little responsible for creating it too made it all so doubly dear. It is hard to imgine life without such an oasis. To think that YOU will not see it again seems quite untrue. If you have felt hurt at my not writing you now know the reason why—for what such upheavals shake one’s life in every direction it is difficult to assemble one’s thoughts and communicate freely…Do not blame Larry for not writing, he has had a tremendous amount to do and I think, is feeling, in his own way, as uncertain and unhappy.

*All photos on this page are copyright Kendra/vivandlarry.com 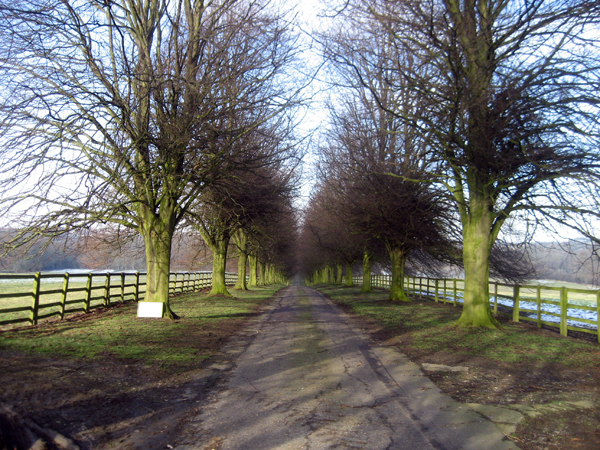 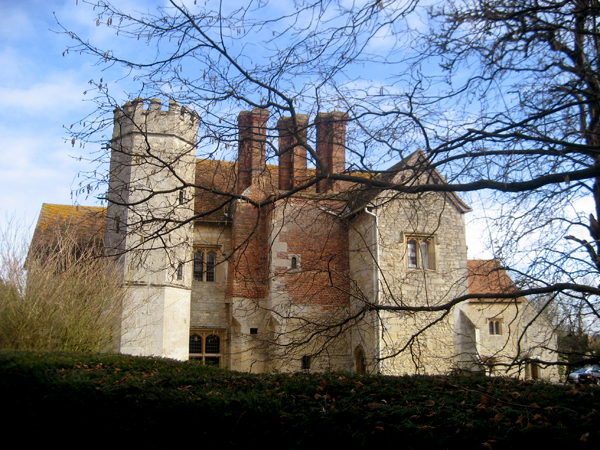 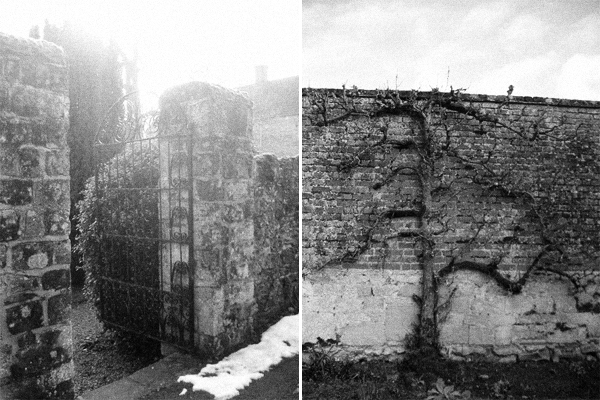 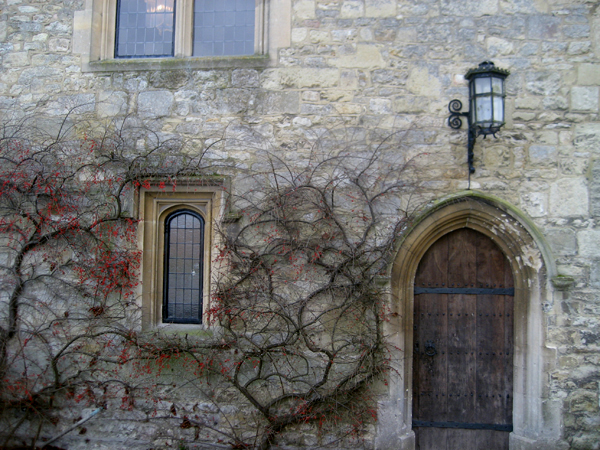 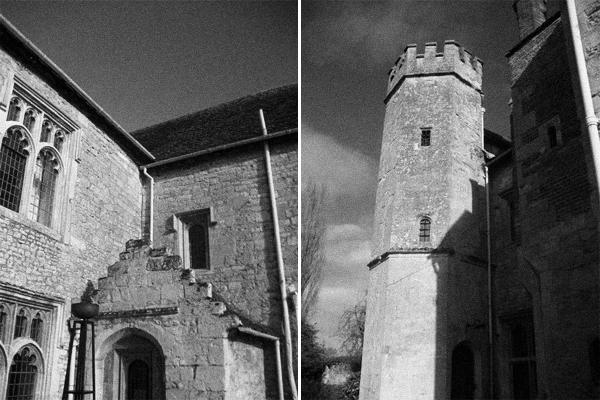 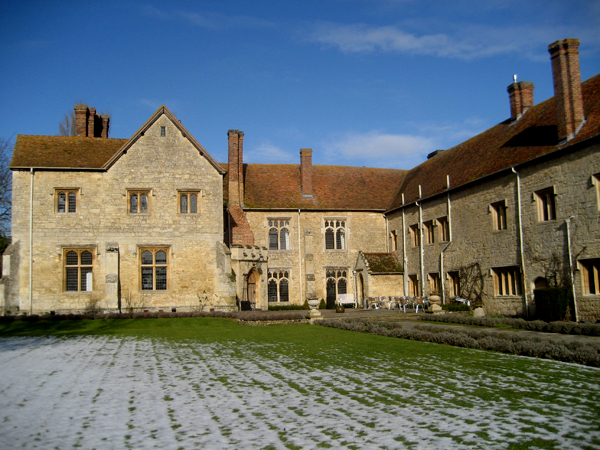