You must have seen, lately, his wonderful portraits of glamorous ladies pop up on different sites on the internet. Queen Madonna herself retweeted the latest portrait he has drawn of her…But what interests us, here, is that Alejandro Mogollo Diez is a great admirer of Vivien Leigh. He is following our page from his hometown, Sevilla (Spain). And he has put his art in action to celebrate our favorite star’s beauty.

We wanted to know more about him, so we sent him some questions and he answered very generously and even let us present some new drawings, in exclusivity… Fiddle dee dee.

Alejandro, can you tell us more about you?

I was born in Seville, Spain, in 1966. Since I was a child I was obsessed with drawing and painting. So much so that, although it was something my parents didn’t think was easy to make a living off, they encouraged it because I had such a passion for it. I studied Fine Arts specializing in Graphic Design here in Seville. When I finished college I got a scholarship at Cornell University, Ithaca, New York, and studied there for a year. When I came back from the States I began working as a graphic designer and art director in a publicity studio, and I’ve been working there ever since. My illustration work is something I’ve been developing these last years. But only on personal projects and on  subjects of high interest to me, like my recent contribution with a series of illustrations to the Encyclopedia Madonnica published by Matthew Rettenmund.*

* Matthew Rettenmund is a writer, editor and blogger who lives in NYC with his Shih Tzus, his Madonna collection and his emotional baggage. His book, “Encyclopedia Madonnica”, is considered the bible on all things Madonna, covering every aspect of the star’s life and career and presenting never before seen and rare images with fresh interviews…

Can you tell us more about these personal projects and why you have started to share and post your drawings on the internet?

Although my job is fulfilling and requires creativity on my part, I sometimes miss the shear pleasure of drawing. The illustration software is so sophisticated now (Adobe Illustrator) that it allows me to create images very close to the organic ones, giving it a distinctive touch, close to airbrush. The process, though digital, remains the same, beginning with the blank canvas, but replacing the pencil or brush with the mouse. In those personal projects I wanted to blend my two passions, graphic art and movies. So I started doing these movie portraits that I shared only with friends, just for fun. Then I started sharing them online. One of the first blogs I followed was Boy Culture, run by Matthew Rettenmund. Because I’m a fellow Madonna fan like him, I once sent him an illustration I did of her and he loved it. 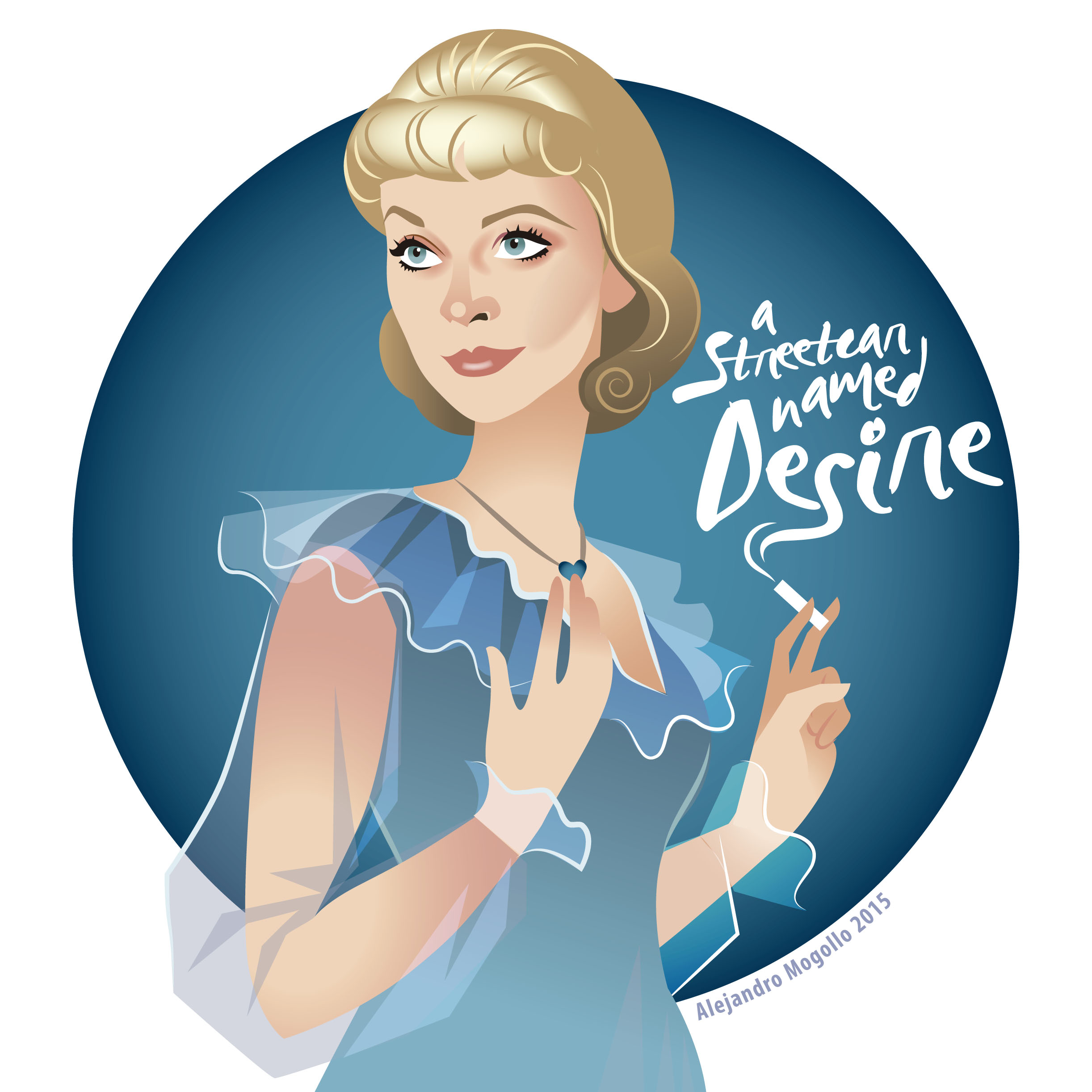 You seem to be a great fan of movies and of the star system? How did your passion start?

I have four sisters and a brother and, since my parents were movie fanatics themselves, we were all exposed to classic cinema from a very young age. Also, unlike today, many of these classics were actually shown on TV on a regular basis. The first memory I have of my obsession with movies happened one afternoon when I came back home from school. I was probably 7 or 8 years old and they were showing Gentlemen Prefer Blondes. I was instantly awestruck with Marilyn Monroe, although I didn’t know who she was at the time. Imagine a little kid who hated outdoor activities and sports suddenly encountering this film. The whole look of this movie appealed to me big time. Like Alice in Wonderland, I wanted to cross the TV screen to escape to that world of wonder, fantasy and glamour. I belonged to that world. 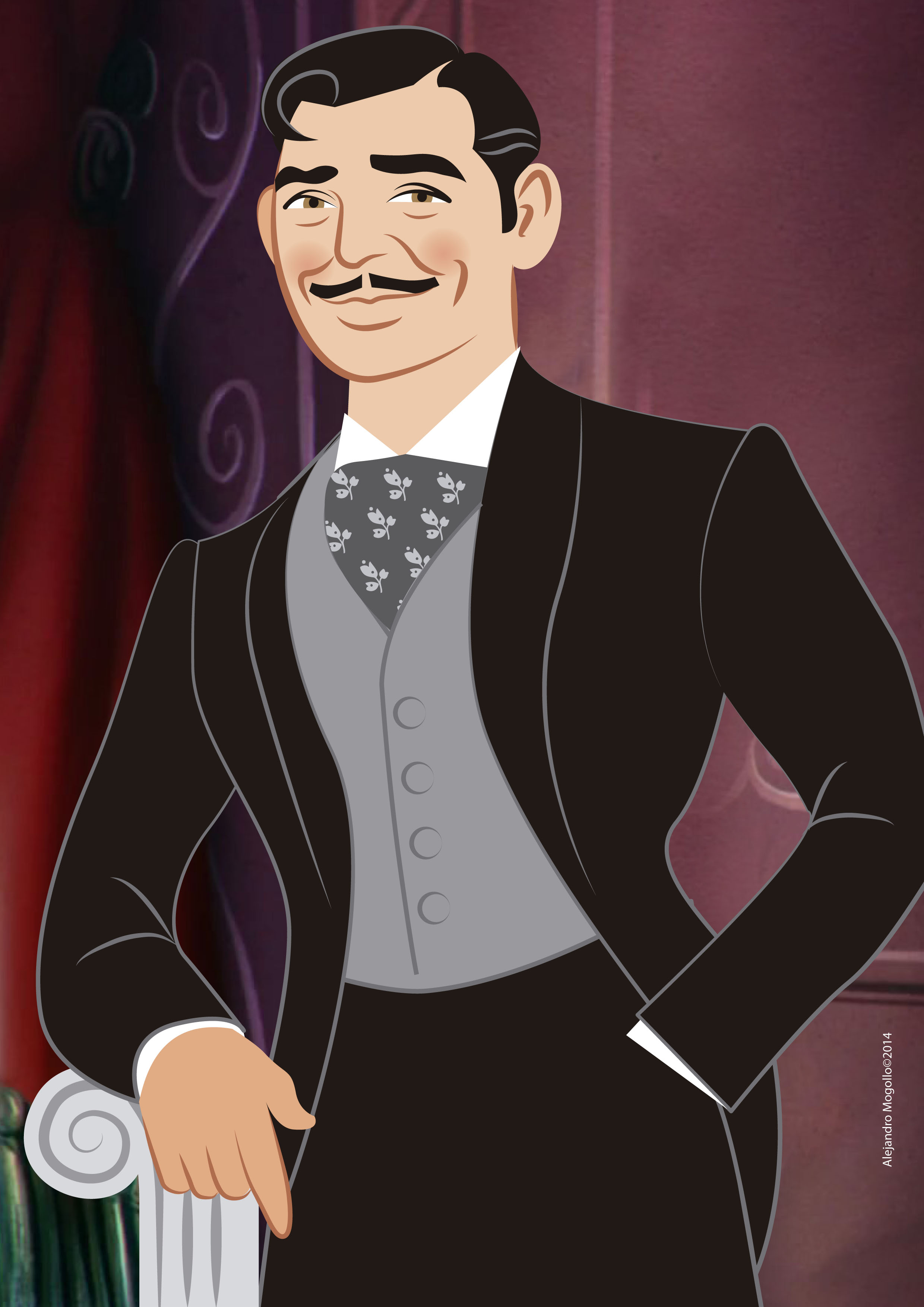 As I grew older I started to get interested in the moviemaking process. As a teen I read everything from essays to biographies of movie directors to learn about the craft and about its history. I also played with the process myself and did some short films in Super 8. I loved all the european “auteurs” like Truffaut, Visconti, Fellini, and mainly Bergman, my favorite, but at the same time I was fascinated by the golden age of Hollywood and its stars. I remember my father complained I spent my whole monthly pay buying books about old movie stars and started drawing them compulsively. I understood his concern, not only is art a hard sale, but also who would be interested in portraits of old movie stars, right? He preferred I stick to landscapes and still lives, which I hated.

I consider myself a movie buff. Don’t ask me about my favorite movie because there are too many. To give you a hint: All about Eve, The Apartment, Brief encounter, La Nuit Américaine, Adam’s Rib, The Godfather, Blade Runner… the list would be endless. If we talk about today’s cinema there are plenty of directors I’m excited about, like Pedro Almodóvar, Michael Haneke, David Fincher… Although I love the moviemaking process and I’m interested in how a movie is made, I still enjoy movies first and foremost like a little kid, completely immersed in that world. Like Alice. 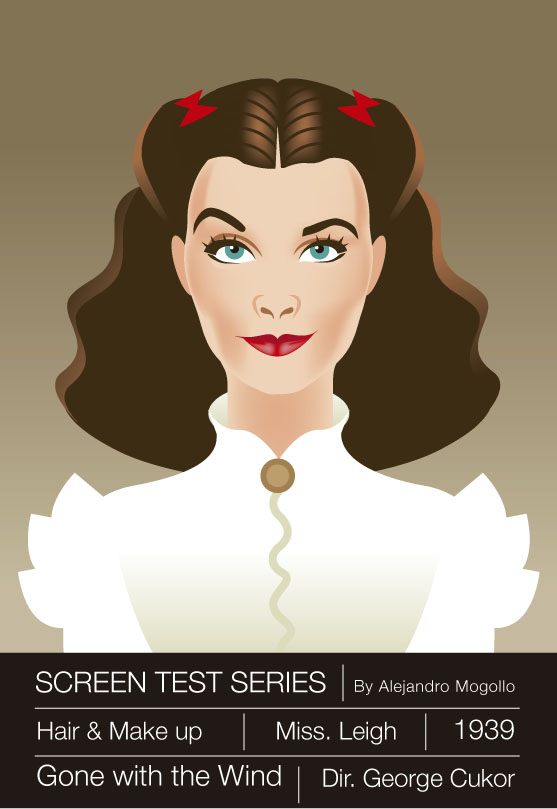 How did you first discover Vivien Leigh?

It’s kind of a funny story actually. In 1980 there was a rerelease of GWTW in Spain. I was 14 years old and had never seen the movie or even acknowledged its importance. I had bought this movie magazine that featured the famous Laszlo Willinger photo of Vivien (the one in Kendra’s book cover) to announce the rerelease. My older brother insisted I should see that movie, he thought I’d love it and pointed out at the photo to say how beautiful the lead actress was. Most beautiful woman ever, he declared. I went to see the movie with my sister and her then boyfriend but it was sold out. I was pissed off but didn’t think any more about it. Only that everyone around me kept talking about the movie, and my brother kept insisting I’d try again and bragging about Viv’s beauty and talent. I started developing a grudge about the whole thing and arguing she wasn’t that beautiful. “She looks like a bad witch“ I ended up saying, surely to get back at him for not leaving me alone. I said I knew if someone was beautiful or not, and he wasn’t the judge of that, and he was completely wrong with Vivien. Yeah, I was a stupid brat. 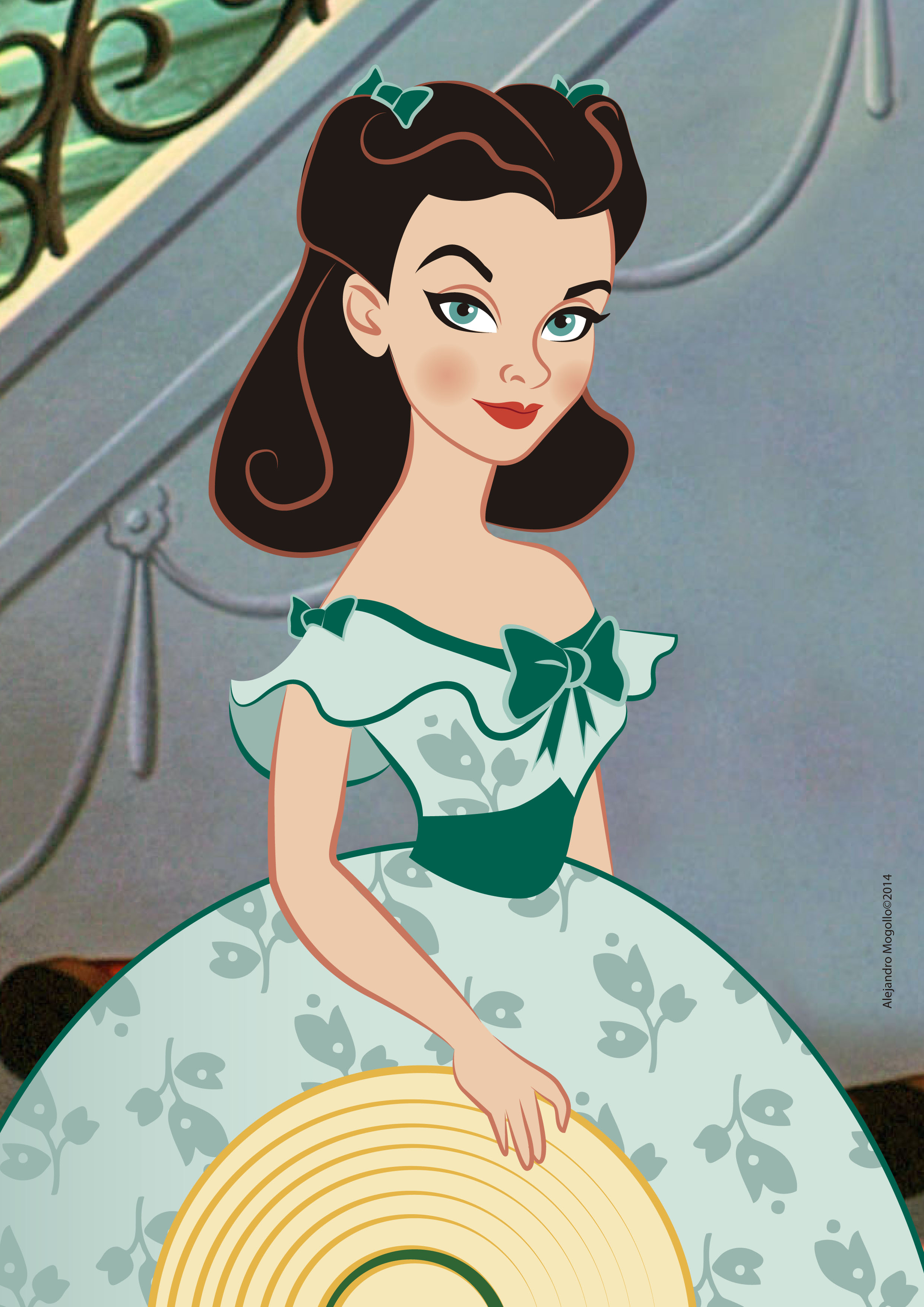 Finally, a couple of days later I went to see it on the big screen, and boy, it changed my life. I had never experienced such a thrill at the movies, and Vivien was everything my brother and the rest had said and even more. I was in love. I came back home completely enthralled. When my brother asked me how it went I couldn’t hold it any longer, forgetting my pride and everything I had said, I told him he was absolutely right, Vivien Leigh was the most beautiful woman ever. To this day, my brother still laughs at me about it. 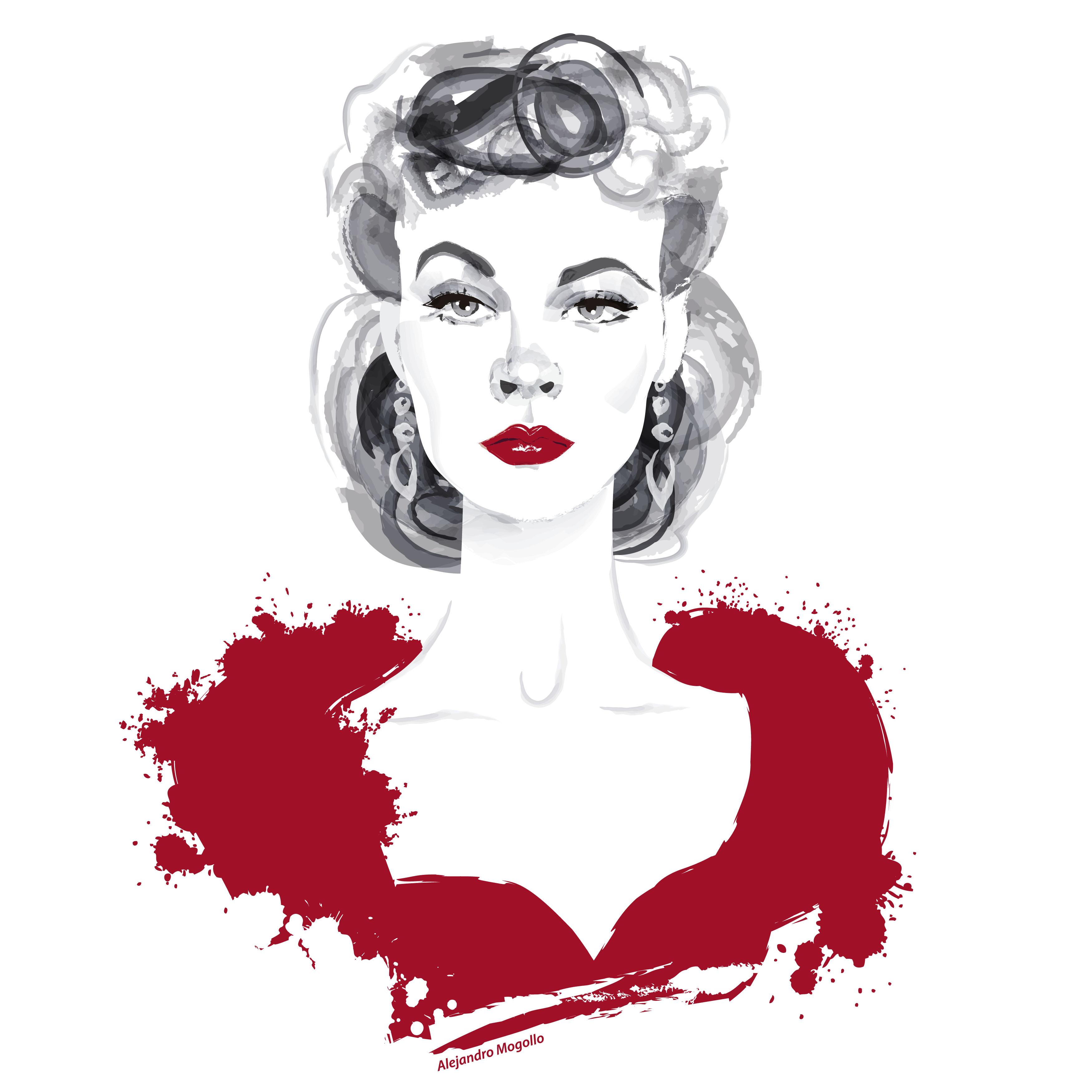 What continued your admiration and fascination with her?

Once my fascination had started, I read a biography and tried to collect as many magazine articles that featured her as possible. I also watched all of her movies (the ones available in VHS) and all her portraits. I was never really interested in the personal life of stars. Many of them just focus on the tragedies of their lives and contain a great deal of gossip. I prefer to read about their work, that’s what inspires me. The making of a movie, with its creative process and obstacles really resonates with me. A high point in that regard was the wonderful documentary about GWTW “The Making of a Legend”. Watching Vivien get the grip of the role from the screen tests to the final movie was so thrilling.  It built my admiration for her as an actor. 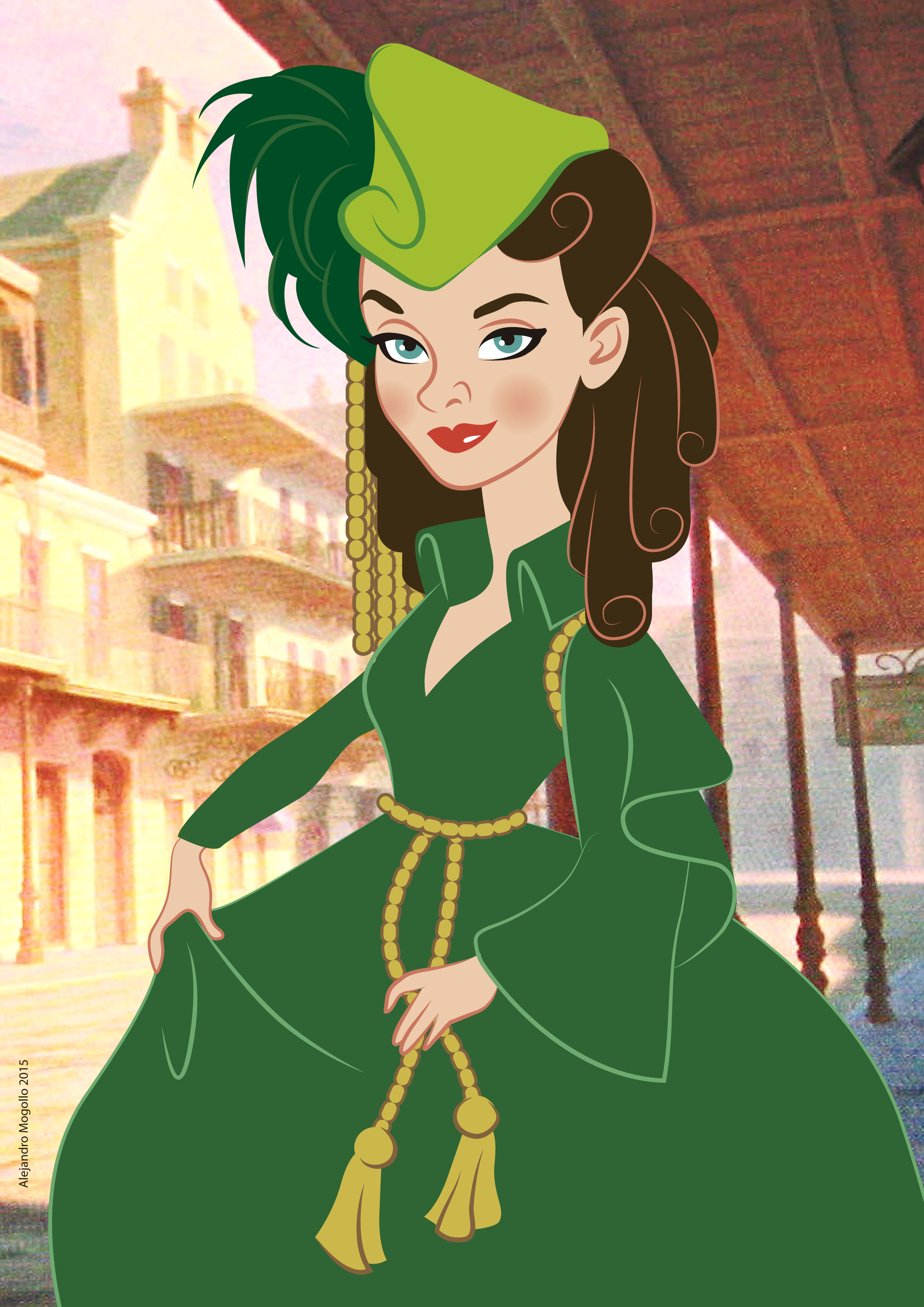 Drawing Vivien Leigh! How would you describe the experience?

I probably started drawing her right then and there. She is a very difficult subject to convey. Her beauty is not static. Unlike Hedy Lamarr or Lana Turner, whose classic beauty can be measured in a still photo, Vivien had this sparkle that pierces the camera. You are not sure what it is but it cannot be easily grasped. So my first attempts were unsuccessful. Although it didn’t stop me for trying. That’s the reason I tried different styles throughout the years. Trying to capture what makes her special is a tough task and one that requires every skill you had and every medium. I tried watercolor, pencil, acrylics and then when I began exploring computer graphics I used every tool that the digital world allowed. 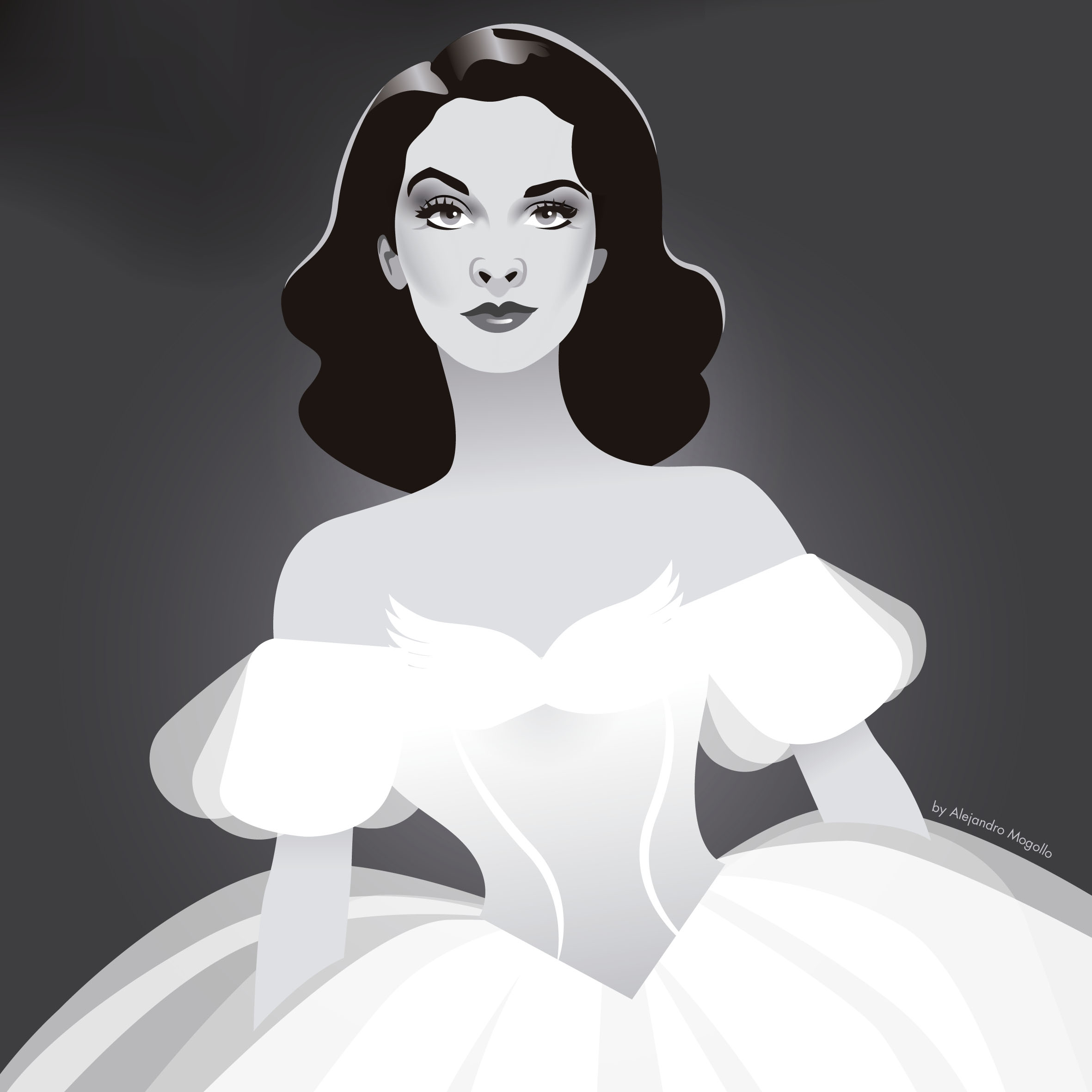 The secret of her beauty?

In terms of beauty, she is like this delicate, exotic butterfly that you are afraid to approach for fear she would fly away. Many times I have been drawing her thinking I had got it, to realize in the end that the resemblance had vanished. It is quite frustrating, but imagine the joy when you succeed! 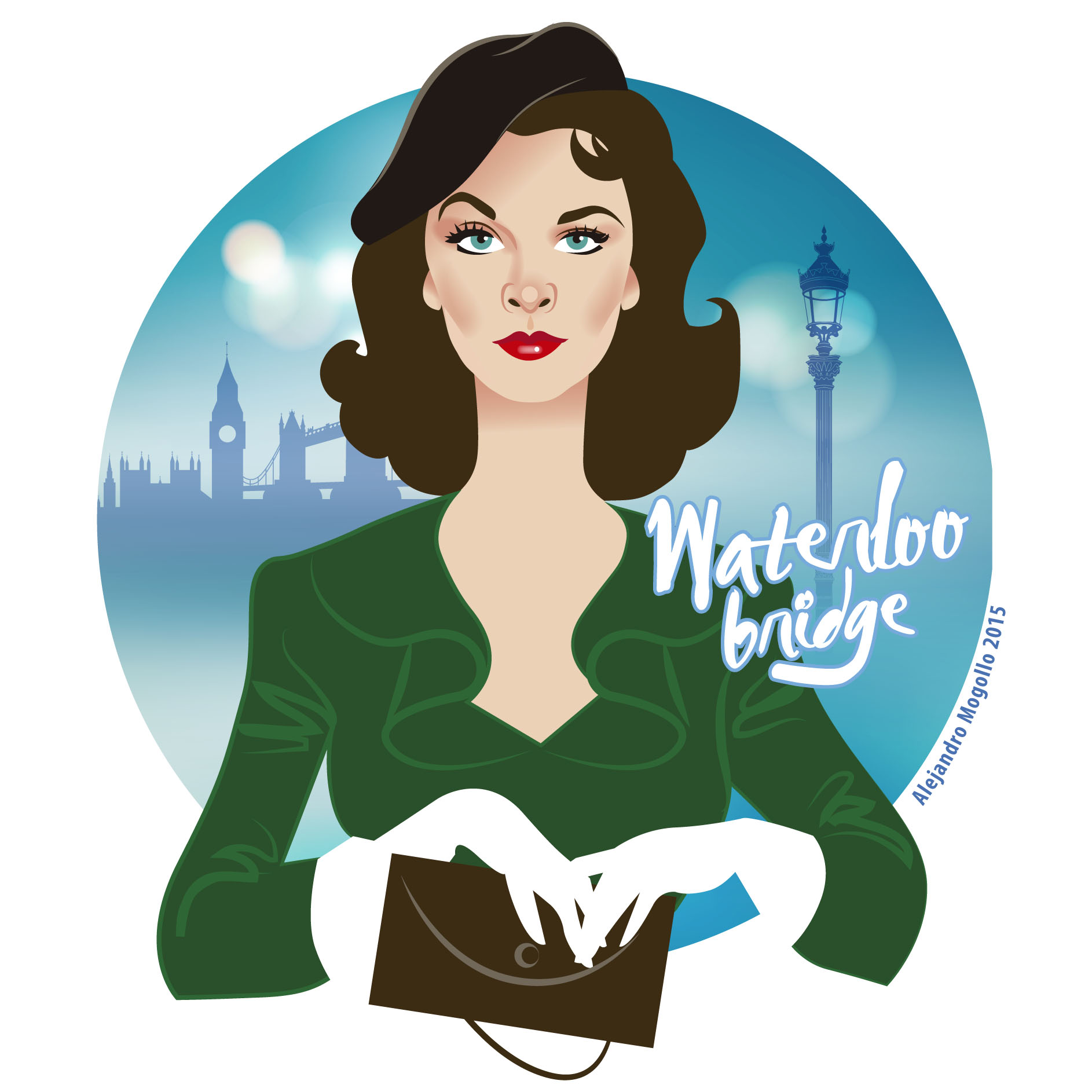 Can you share a bit on the process behind your drawings?

I don’t like to use a single picture of her and try to copy it. I gather all the pictures I can get of the subject and try to determine what appeals to me in them. The drawing process can take a few hours or even days, depending on what I want to accomplish. I usually start composing and framing the figure roughly and then start with the face right away. The eyes are my main concern because once you get them, the rest fits into place. As it happens in my case, the illustration eventually starts to speak to me, telling me what it needs until I decide it is done. I am almost never completely satisfied with the result, so I’m not a good judge of my work. It’s only when people start praising them that I think I’ve succeeded.

But for me as an artist the most important thing of the process  is that the final result be unique, not an exact replica of an existing photo or pose, but an original interpretation of the subject that has also my personal style attached to it. That way there’s this strange communion between the subject and the artist.

At the end it’s not just Vivien, it’s my Vivien. 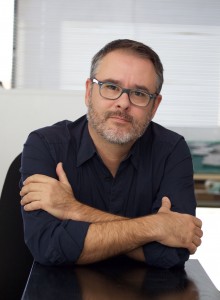 For more of Alejandro’s work, follow him on Facebook and Instagram. You can also purchase shirts, mugs, iPhone cases, totes and prints featuring his illustrations of Vivien and other old Hollywood stars in his online shop (a great gift idea for the holidays).