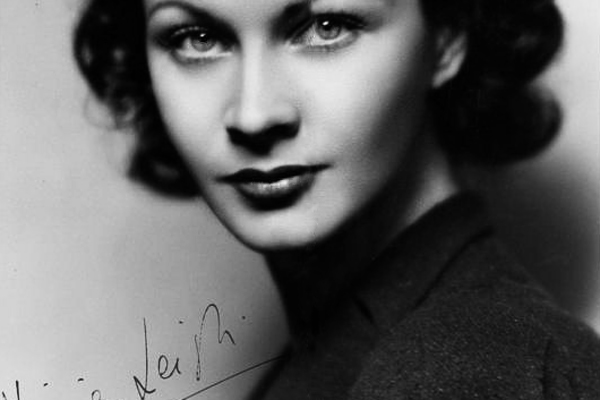 For a year and a half we have been looking forward to Vivien Leigh’s first screen appearance under her contract with London films. Now at last we are to see her, as here described

In a fairly long experience of the film world I can scarcely remember any major player whose career has progressed by fits and starts as Vivien Leigh’s has done. Two years ago she had hardly been head of; she was playing ‘bits’ in the crowd in film studios, and in her first four films she was just so-so–just very so-so. Do you remember the Cicely Courtneidge picture Things Are Looking Up? And, if so, do you remember a schoolgirl saying to a mistress: ‘If you’re not made headmistress, I shan’t come back next term’? Well, that was Vivien, saying her first lines as a professional; not a very world-shattering beginning, but it served its purpose of supplying her with a film test. However, like many another pupil of the Royal Academy of Dramatic Art, she had made a rather low opinion of films–which, as a matter of fact, I’m inclined to think she still has; or, perhaps it would be fairer to say that she has a low opinion of herself a s a screen actress. In fact, she told me just recently that she simply hated the sight of her face on the screen. However, at the time of which I am speaking she had hardly had a chance to get to hate herself, for she was visible only in fleeting glimpses.

She played conventional roles in a couple of Paramount quickies, The Village Squire and Gentleman’s Agreement; and then she had another go at ‘looking up’ with a comedienne–this time, Look Up and Laugh, the Gracie Fields picture about the marketstall holders who refused to be turned out of their market. Through this hotch-potch of nonsense Vivien Leigh sailed like a bewildered swan. As an actress she simply wasn’t there at all, but as a succession of beautiful views she afforded grateful relief from the clowning. All this time, however, in the true R.A.D.A. tradition, she had her eyes fixed on the stage, and when she saw a chance at playing a leading part in The Green Sash at the ‘Q’ Theatre she grabbed it. She then accepted the Look Up and Laugh agreement and discovered too late that she would have had a chance to play Caesar and Cleopatra at the ‘Q’. However, she had been seen in The Green Sash and Sydney Carroll took a chance and gave her the lead in the play The Mask of Virtue at the Ambassadors Theatre. Do you remember the storm of acclamation Vivien raised by her performance in that part? She was hailed as the most promising young actress since the late lamented Meggy Albanessi: not for years had such universal acclaim greeted the appearance of a new star.

I remember vividly going to see her in her dressing-room after the first matinee following the premier, and finding the narrow stage door entrance blocked by a crowd of distinguished critics and other journalists pawing the ground in impatience to see the most important person of the moment in the little world of the London theatre. If I had not happened to know her manager (who was also in a sense her ‘discoverer,’ having seen her promise at a very early stage in her career) I might have waited for hours and then not seen her; as it was, I was conducted royally past the waiting throng (‘Make way, please, for the Picturegoer!’) and interviewed Public Sensation No. 1, who was holding tea-time court in a room so packed with flowers that there was hardly room to pass the sugar, and with her mouth quite youthfully full of chocolate eclair, the first fruits of success.

There I learned her history–that she was born in Darjeeling on a Guy Fawkes’ Night, that she had been sent home to be educated in a convent in Roehampton, that at the age of fourteen she was sent to Italy to study languages at San Remo, that she went on from there to Paris to learn how to act. There she studied under Mlle. Antoine, of the Comedie Francaise, and after a spell of that she was shunted on to bavaria to perfect her German. Next followed a yer at the Royal Academy of Dramatic Art, and that brought us up-to-date. So there she was, with every advantage a young actress could possess–and besides her academic training she had even gained some experience in life, for at the tender age of nineteen, while still attending R.A.D.A., she went out and married a young solicitor–and then returned for a further term at the Academy. When her fame burst upon London the papers were full–well perhaps not literally full–of Miss Leigh holding her baby, accompanied by heart-throbby stories about how all her new-found fame counted as nothing beside her home and her baby, and so on and so forth. ‘Rubbish!’ she says now when taxed about it. ‘I don’t know how all that ever got in to print.’

Anyway, Alexander Korda, always quick on the draw, put her on long contract, and husband, baby and home were immediately withdrawn from circulation, for it was felt that they were not desirable appendages to a young actress with her way to make in the great big world. Or, rather it was quite in order for her to own a whole creche of babies provided the Public didn’t know about it. So her publicity had to be based on the amount of her salary, which was a pretty staggering one, totting up to £50,000 by the end of five years, provided all her yearly options were taken up. Well, she settled down very nicely into being a film star–which consisted chiefly of of drawing her princely salary and standing by till needed. For example, she was to play Ophelia to Robert Donat’s Hamlet, but Bob’s Hamlet has been laid neatly back on the shelf with a goodly company of other London Films projects. Then Vivien was to be Roxane in Cyrano de Bergerac when that title role was on the schedule for Charles Laughton to play, but Cyrano was laid to rest next to Hamlet, and Vivien was still without a screen part, though she did a fair amount of stage work to keep her hand in, playing Richard II for the famous ‘OUDS’–the Oxford University Dramatic Society–and later with Ivor Novello in The Happy Hypocrite. This most unorthodox screen career went on until a few months ago, when Alexander Korda suddenly seemed to realize he had this lovely and talented creature on contract, and hustled her into three productions in rapid succession. First, she played Cynthia in Erich Pommer’s first British production, Fire Over England, in which she provided the sentimental element, opposite Laurence Olivier.

As soon as that was finished, she went straight into a long and arduous role in Dark Journey, the war-time melodrama in which she plays a British spy who has to match her wits against a German spy (Conrad Veidt)–and against her own heart. And then after about a fortnight’s holiday she started on the principle feminine role in Victor Saville Productions’ Storm in a Teacup. The powers that be must have a great deal of faith in her to give her three such important roles before the public has even seen her in a real screen part: well from what I have seen of her work on the stage and on the set, I believe their confidence is fully justified. I have a feeling Vivien is going to be a world star some day–and goodness knows we need them!