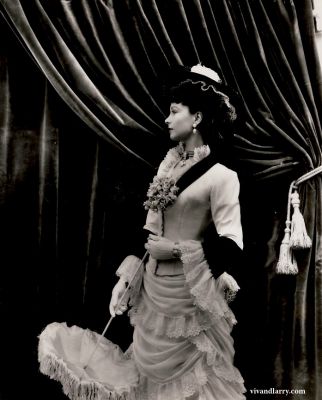 When Julien DuVivier’s production of Anna Karenina was released in theatres in 1948  it received less-than-stellar notices, especially concerning its leading lady, Vivien Leigh.  Critics called it a “beautiful failure” and said Vivien failed to portray the depth of Anna’s emotional suffering.  I cannot compare this film to the Garbo version as I have not seen it, but I can compare it to Leo Tolstoy’s novel–having read it–and I personally think Vivien did a wonderful job portraying Anna.

The best part of the novel, and the focus in the film, is Anna’s adulterous love affair with count Vronsky.  Our Vronsky was miscast Irish newcomer Keiron Moore, also known as that drunk guy from Disney’s Darby O’Gill and the Little People.  He apparently didn’t think much of Vivien as an actress or a person, but she clearly out-acted him in this film.  In fact, Martin Stockham, author of The Korda Collection, mentions that Moore’s acting ability was overwhelmed by that of Vivien and co-star Ralph Richardson who played Karenin.  Vivien and Keiron had terrible on-screen chemistry, which is an obstacle in itself that must have been hard to overcome. 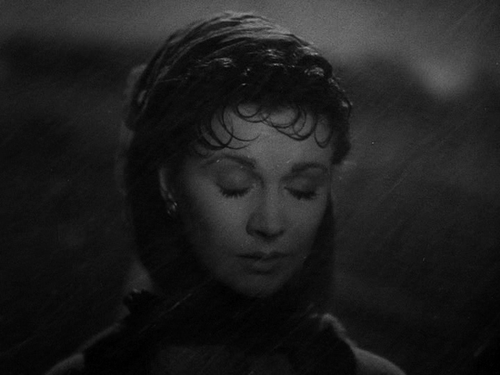 Stockham also notes that Vivien had very much wanted Laurence Olivier to play Vronsky, but Larry was unavailable on account of filming Hamlet.

Leigh missed having the strength of Olivier to play opposite her.  She was also finding it difficult to avoid comparing her own personal life with that of Anna in the film, a situation that caused a severe bout of depression during filming.

Whether Vivien’s depression was due to her comparison with the fictional heroine or simply a bipolar mood swing is probably debatable, but Vivien’s real life pathos greatly contributes to her performance as Anna.  Anna is a tragic character; Vivien was a rather tragic person, and it is to her credit as a performer that she played the dramatic and tense scenes in which she goes head to head with Ralph Richardson with subtlety and elegance, where it could have easily been over the top.

Anna Karenina does not feature highly on my list of favorite films, but I do think it’s one of Vivien Leigh’s better roles.  I would recommend it for Vivien’s performance (and Ralph Richardson…and Cecil Beaton’s costumes, which are absolutely heavenly).