I have a pretty big collection of Vivien Leigh and Laurence Olivier things–mostly paper goods (photos, magazines, and such).  One of the items in my collection is a negative film strip that contains two photos of Laurence Olivier from 1946 when he and Vivien Leigh invited reporters to their cottage in London for a photo call.  Many of you know some of the photos from this shoot: Vivien is wearing a polka-dot skirt and blouse, and can be seen with Larry and their Siamese cat New sitting on the couch or out on the front landing.  The two negatives I have depict Larry in his study and out on the landing with New.

I’ve had these for about a year, and finally took them in to get developed today.  I feel like stores that actually professionally develop film are a dying breed since so many people have gone digital, so I had to drive all the way to Irvine to get these done.  I got a pretty good deal (about $9 per 8×10), and I’m really happy with the quality.  My friend Mark’s friend Jay is a professional photographer, and he advised me to get prints made because, he said, eventually the negatives will disintegrate. So I’m going to pass along that bit of info to you out there:  If you have old movie negatives or film stock, get it developed so you’ll have prints in the future. 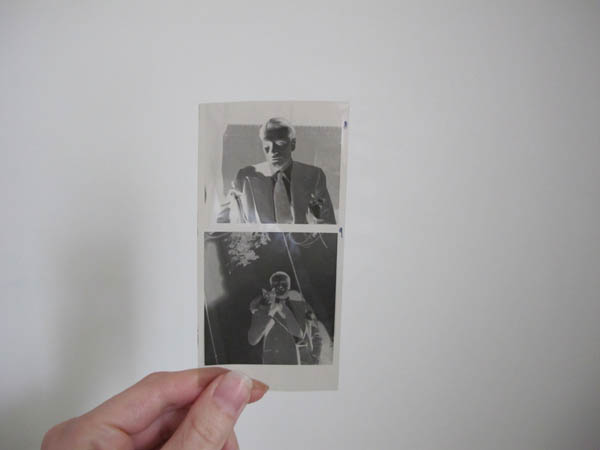 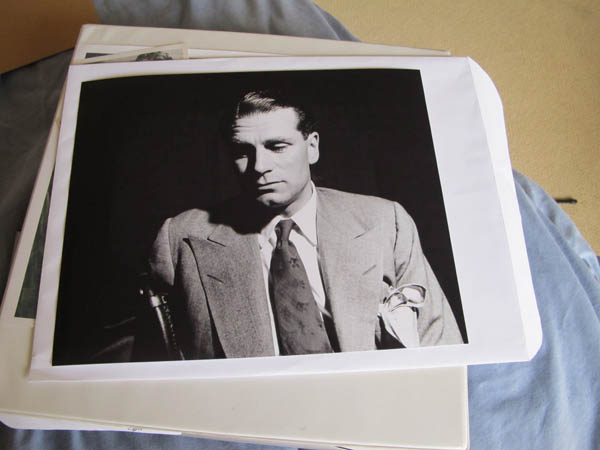 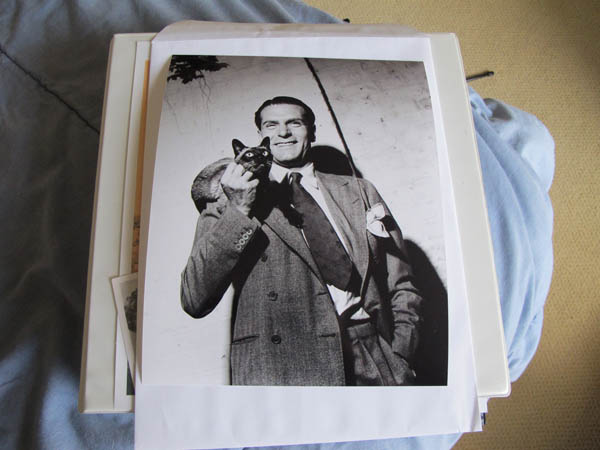