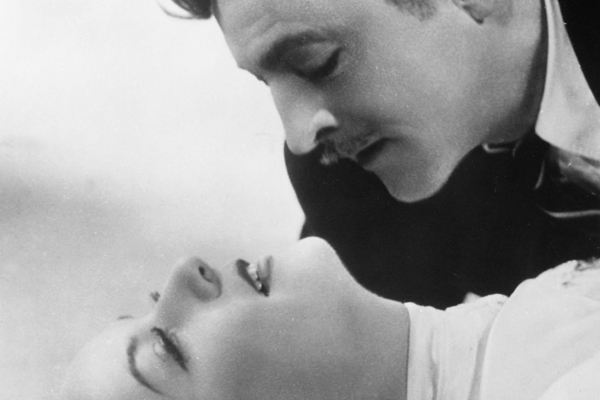 Saturday nights are always good nights to go to the cinema!  After the success that was Bringing Up Baby last weekend, I went back to the BFI tonight with a couple of friends to see another Howard Hawks film, Twentieth Century (Paramount), starring my second favorite actress of all time, Carole Lombard.  It has John Barrymore, too!  The film concerns a rather nutty (isn’t everyone a bit nuts in screwball comedies?) playwright named Oscar Jaffe who discovers a shop-girl on whom he bestows the stage name Lily Garland.  Lily is a not-so-good actress, but Jaffe knows there’s a goldmine of talent hidden in there somewhere.  He gets it out by jabbing a pin into Lily’s backside. A crazy love affair ensues before Lily leaves Jaffe to hit it big in Hollywood.  When Jaffe becomes hard up for money, he coincidentally runs into Lily on the 20th Century train from Hollywood to New York and more crazy antics follow.

Carole Lombard actually plays the straight(er) character in this film, just to give you an idea of how riotous the comedy is!  She and Barrymore are brilliant together.  This was actually the first John Barrymore film I’d ever seen and I thought he was hilarious–a bit like Gene Wilder as Willy Wonka, taken up a few notches if you can believe it.  Or maybe it was just the wild hair…

Anyway, I’d definitely recommend this film, it was a riot from start to finish.  One wishes Carole Lombard had lived longer because she was definitely a force to be reckoned with on screen.  She met Barrymore match for match.  Loved it!  And her wardrobe was nothing short of fabulous.

The Oliviers in Shakespeare’s ANTONY AND CLEOPAT