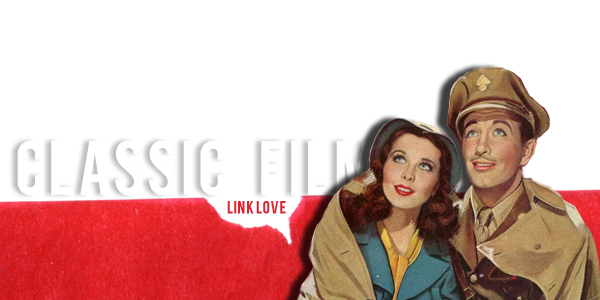 Welcome to the second installment of Classic Film Link Love!  I’ve started following quite a few new classic film blogs since Link Love #1 was posted a few weeks ago. One of them is the Classic Movie Blog Association. I’m really excited to be participating in their Classic Movies of 1939 Blogathon in May! I’ll be talking about one of my all time favorite films, The Wizard of Oz, as well as the little-talked-about Tim Whelan film Q Planes, starring Laurence Olivier, Valerie Hobson and Ralph Richardson. Watch this space!

And now, to get down to business, here are some of my favorite recent classic film blog posts from around the interwebz.

That’s all for this installment of Classic Film Link Love. Until next time!