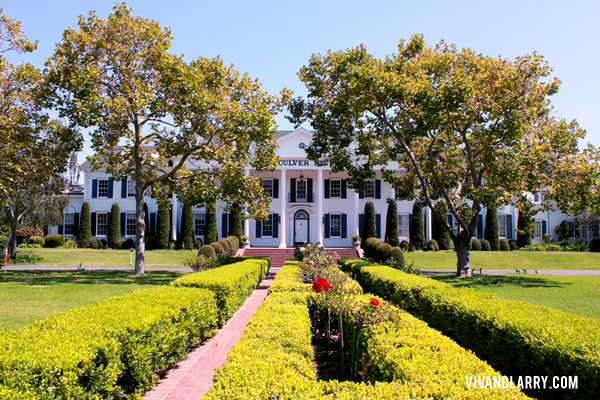 Last week my friend Jay and I made a pilgrimage of sorts down to Culver City to see a famous mansion that stands on the corner of Washington and Ince. Culver Studios, as is it known today, is the former home of Desilu, RKO, DeMille, Ince and Selznick International. The mansion’s famous facade can be seen at the beginning of many illustrious films of the 1930s and 40s, including a Civil War epic loved by many.

I’m back in London after a wonderful, photo-filled stay in California. I was so glad to see my friends and family back home, and over the next few days I’ll be sharing some of the many photos I took. About a month ago, I posted some pictures from a sort-of vintage-esque photoshoot I did in London. Well, this past Sunday I had the most amazing opportunity to revisit the past and do a photoshoot wearing authentic old Hollywood costumes and gowns worn by some of my favorite classic film stars!

The costumes belong to collector and historian Greg Schreiner. Greg is the president of Marilyn Remembered, the longest-running Marilyn Monroe fan club, pianist, narrator and producer of Hollywood Revisited, Curator of Special Collections at the Hollywood Museum located in the old Max Factor building on Hollywood and Highland (where many of his costumes are on display), and he happens to be my friend Jay’s next-door neighbor. On Sunday, Jay and I went over and did a little photoshoot. It wasn’t professionally lit or anything (although, Jay is a professional photographer and a very good one at that), but it was a lot of fun!

Greg has some amazing costumes that were once worn by everyone from Judy Garland to Rita Hayworth, Stewart Granger to Barbara Streisand (no Vivien Leigh, sadly, although I doubt I could have fit into that anyway). We went for the old Hollywood glamour look. I tried to be really careful with these gems because some of them, particularly the Rita Hayworth robe, are pretty delicate and have suffered from age.

I did my own hair and make-up, and don’t think it turned out as well as it might have if someone else had done it, but c’est la vie.

I have to say, the actresses of classic Hollywood make things looks effortless on screen. Some of these gowns, particularly the Bette Davis one, are really heavy. I can imagine bright klieg lights making a film set sweat city, but these ladies not only wore them around for hours on end, they also moved gracefully. And to let you all in on a little secret: I am proportionally larger than many of these actresses. Rita Hayworth comes closest in height and measurements.

I wish I could do this sort of thing all the time! In reality, I’m really casual with my wardrobe and prefer a more natural look make-up-wise, but I love getting glammed up on occasion! 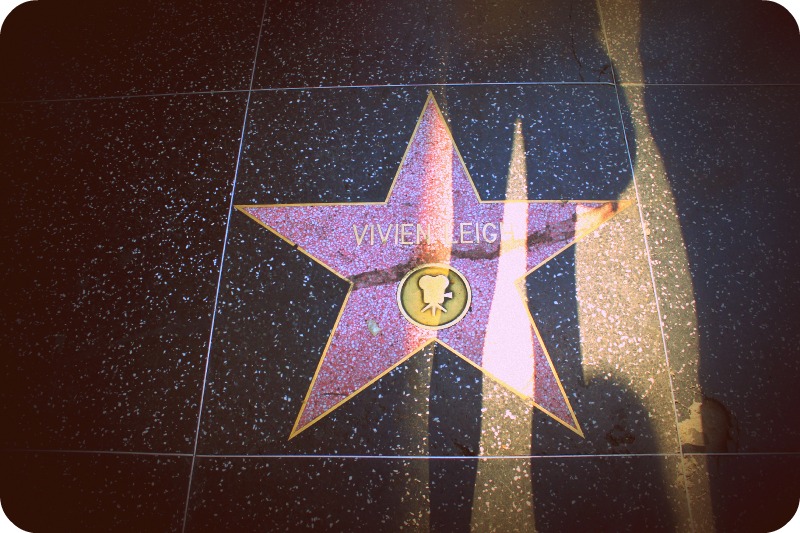 After spending the past nine months in England, I decided I needed to go home–at least temporarily. I’ve been spending the past few weeks in California doing dissertation research, writing, visiting friends and of course, taking photos. I’m currently splitting my couch-surfing time between my friend Mark and his friend Jay, author of the amazing book Edith Head: The Fifty-Year Career of Hollywoods Greatest Costume Designer in Los Angeles. The dissertation is coming along and it’s been wonderful soaking up the sun. I’ve really missed California weather.

Last week I went up to Hollywood to meet with Vivien Leigh fan and awesome person Jeremy Kinser. We had drinks at the Roosevelt (thanks, Jeremy!) and then I went around and snapped some photos. I won’t lie, I kind of secretly love being a tourist! 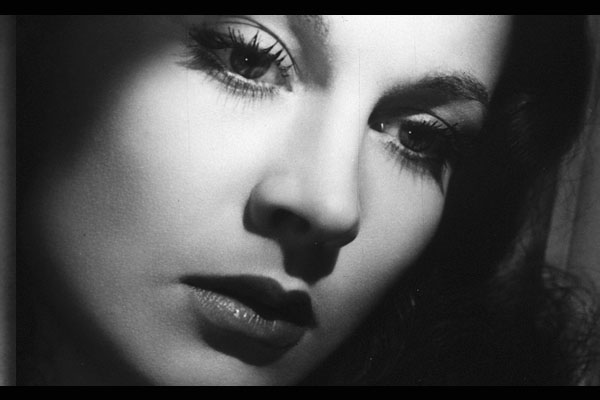 Five days until to the Vivien Leigh and Laurence Olivier Appreciation Blogathon starting this Saturday–sign up here to participate!

There is a much-anticipated new exhibition opening this week at the National Portrait Gallery here in London. Glamour of the Gods: Hollywood Portraits, Photographs from the John Kobal Collection will feature over 70 rare glamour photographs of Hollywood’s biggest stars taken by the most greatest studio portrait photographers of the day. These included George Hurrell, Clarence Sinclair Bull, Ted Allen, Ruth Harriett Louise and others. There used to be a section here at vivandlarry.com called In Focus where I profiled various photographers who worked with Vivien Leigh and Laurence Olivier throughout their careers. The section no longer exists, but I thought, in honor of the new exhibition and upcoming blogathon, it would be fun to profile some of these masters of light and shadow again.
… Continue reading