105 years ago, in the hill station of Darjeeling, West Bengal, Vivien Leigh came into the world. She’s been gone for over half a century but she continues to inspire people of all ages, from all walks of life. Many are drawn to her work, to her gripping life story, to her valiant battle with mental illness. Through cinematic revivals of classics like Gone With the Wind, and in large part thanks to the Internet, her memory lives on. 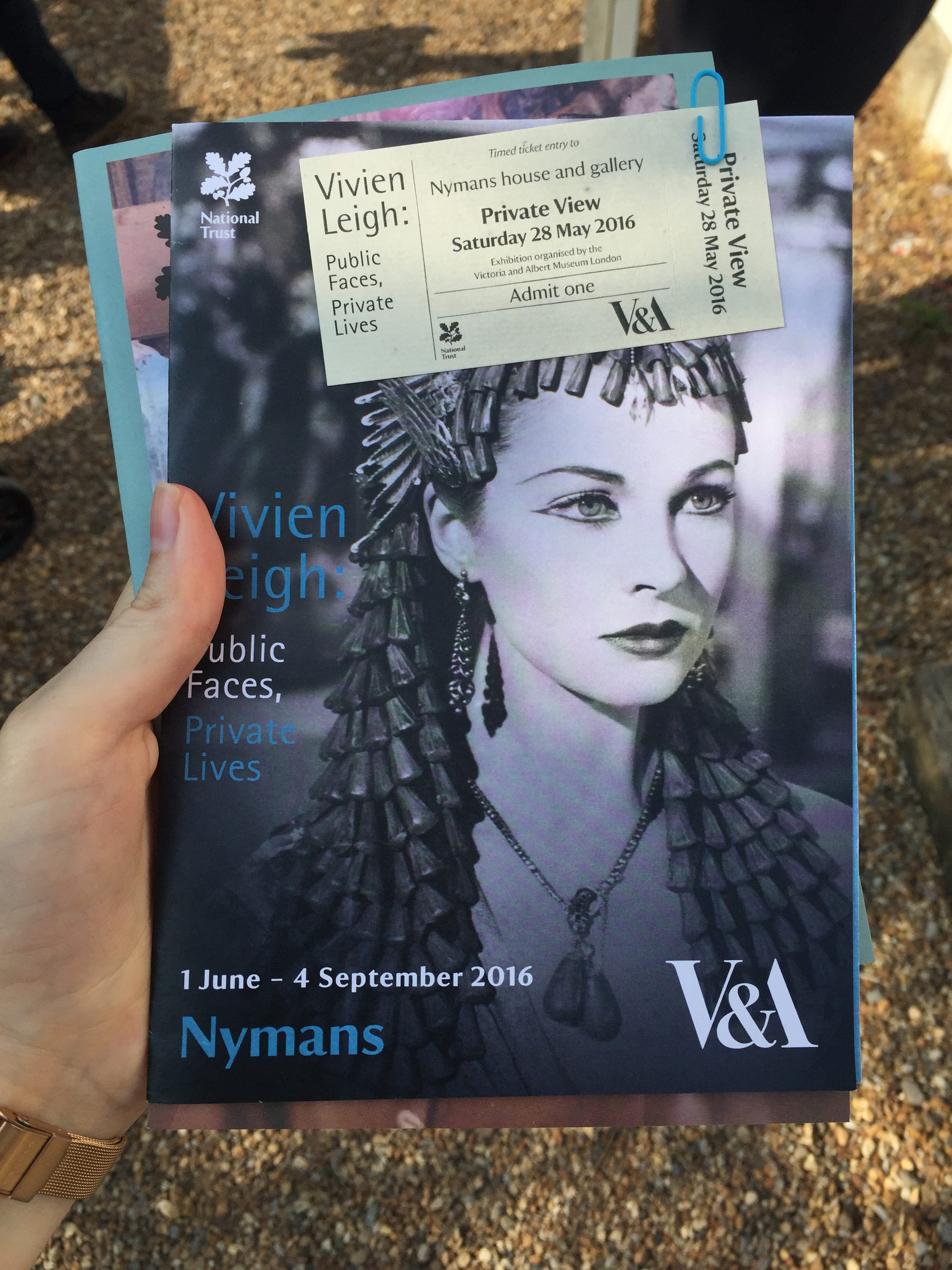 This is the second of two posts detailing the private view of the V&A’s Vivien Leigh: Public Faces, Private Lives traveling exhibition, which took place last Saturday at Nymans in Sussex. You can read part 1 here.

You may not know this, but Laurence Olivier adored Natalie Wood. They worked together in 1976 on a TV version of Cat on a Hot Tin Roof, in which she starred as Maggie, with her then-husband Robert Wagner as Brick and Olivier as Big Daddy. In those later years when he was in Hollywood, Larry spent quite a bit of time with Natalie and Robert, who were both in awe of him. Larry and Natalie talked of acting and life and a certain person, undoubtedly. As Wagner wrote in his autobiography, Pieces of My Heart,

Natalie was passionate on the subject of Vivien Leigh, her favorite actress, and the movies she would watch over and over again were Gone With the Wind and, particularly, A Streetcar Named Desire. God, she loved that movie, and she loved all of Tennessee Williams – his particular poetic take on damaged souls.

In her book Natasha: The Biography of Natalie Wood, biographer Suzanne Finstad elaborates on the relationship between Larry and Natalie:

[Natalie] compared acting with Olivier to starring with James Dean, describing them both as “fluid.”

Olivier was “insane about Natalie,” according to their costar Maureen Stapleton. Olivier, ironically, was in awe of Natalie’s beauty, the very thing Vivien Leigh, her idol and his ex-wife, worried overshadowed her reputation as a serious actress.

Larry was often invited on sailing excursions aboard the Wagner’s yacht, the Splendour, where the above photograph was taken. There are so many things I love about this picture: Natalie’s hat, her Espadrilles, her whole boho ensemble, Larry trying to capture her with his Polaroid, what appears to be Catalina in the background, the fact that they’re just sitting there. Together. On a boat. No big deal. The Wagners accompanied Larry to the Century City premiere of the film A Little Romance in 1979, so it is likely the photo was snapped around that time.

Vivien Leigh’s country estate, Notley Abbey, was sold in 1960 pending her divorce from Laurence Olivier. While on the hunt for a new country retreat, her friend, the actor Dirk Bogarde, told her of a gorgeous Queen Ann-style house in the Sussex downs. It was too small for him, he said, but she might love it. Love it Vivien did, and she moved in with Jack Merivale in 1961.

Although Tickerage was very much a private space, Vivien occasionally allowed photographers into her country life. Thomas Wilkie and George Douglas were two such photographers. I profiled Douglas here last summer when it was announced that his archive had been discovered by Shan Lancaster and Guardian photographer Roger Bamber in Brighton. Since then, I’ve had the privilege to get to know Shan and follow the great work she and Roger are doing to raise George Douglas’ profile.

In a mutually beneficial effort to help spotlight Douglas’ wonderful work, and because everyone likes pretty pictures, here is the full set of Douglas’ shoot of Vivien Leigh as found (thus far) in the George Douglas Archive. (Getty Images are also licensing some of Douglas’ color photos from this shoot via the Popperfoto collection.) 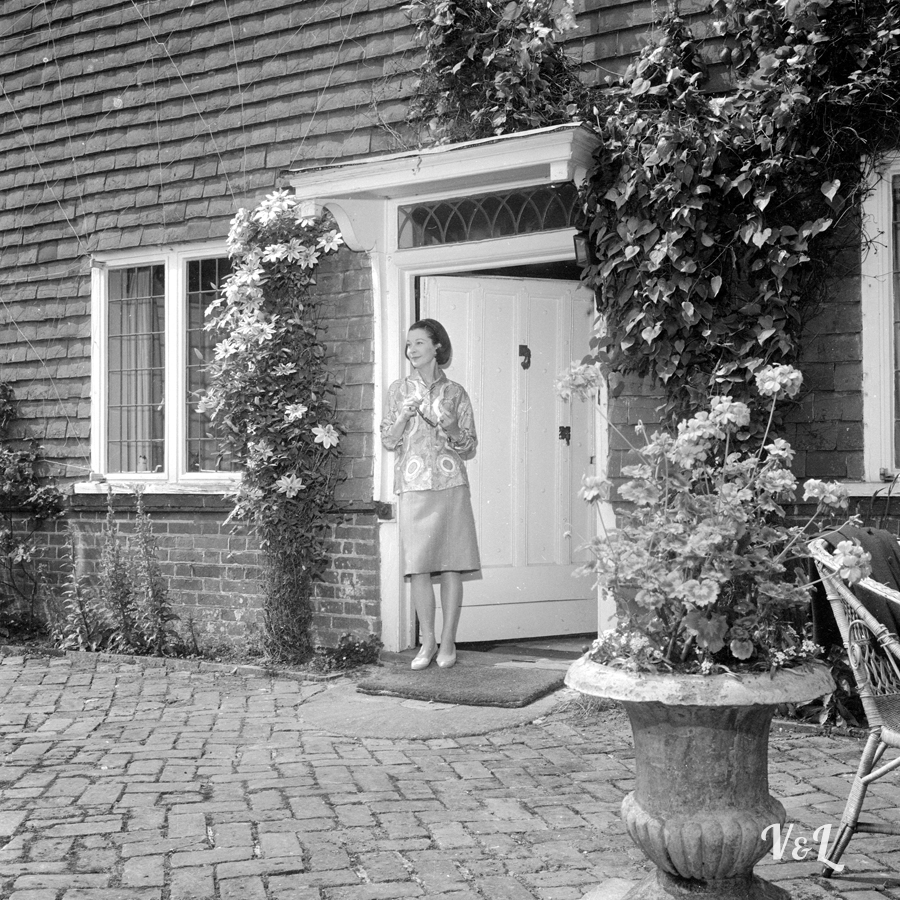 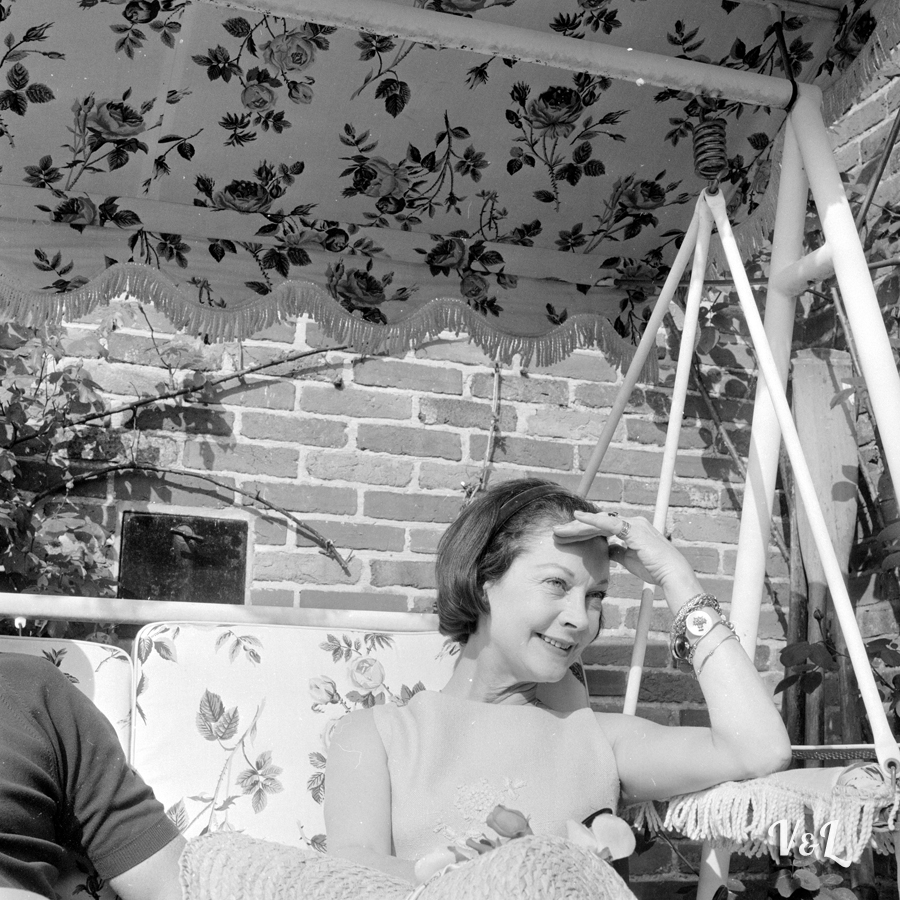 “Good news of Tickerage every week, which I long to see again.” – Vivien Leigh to Radie Harris, February 6, 1962 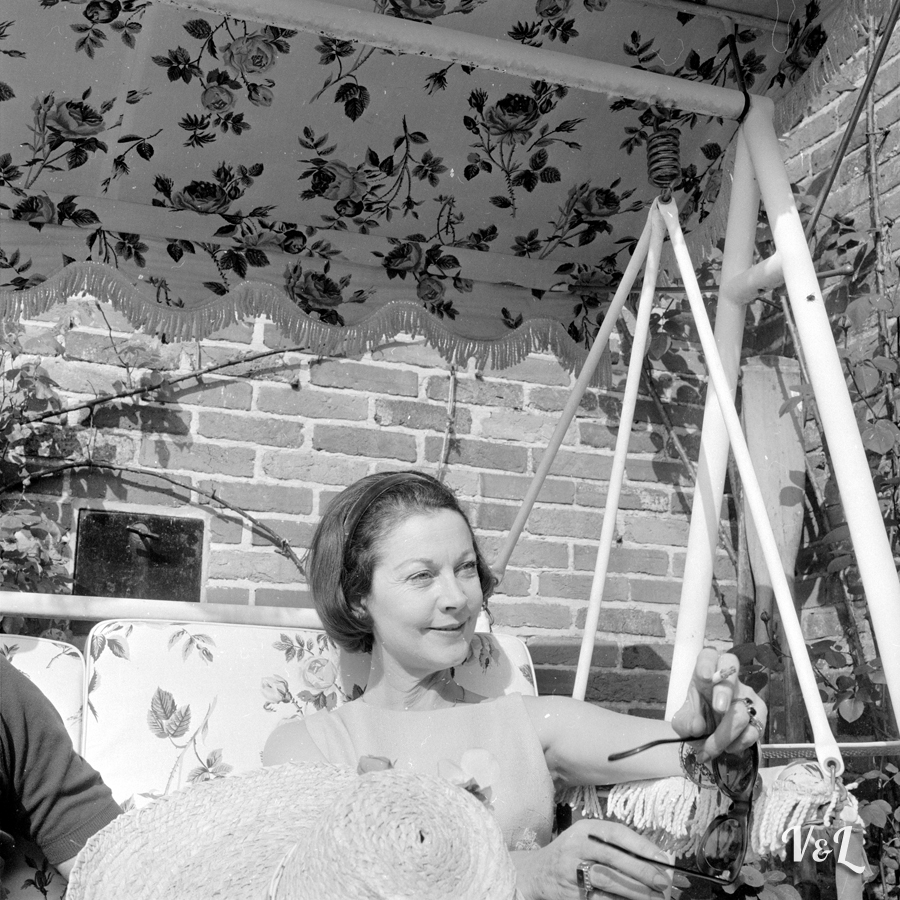 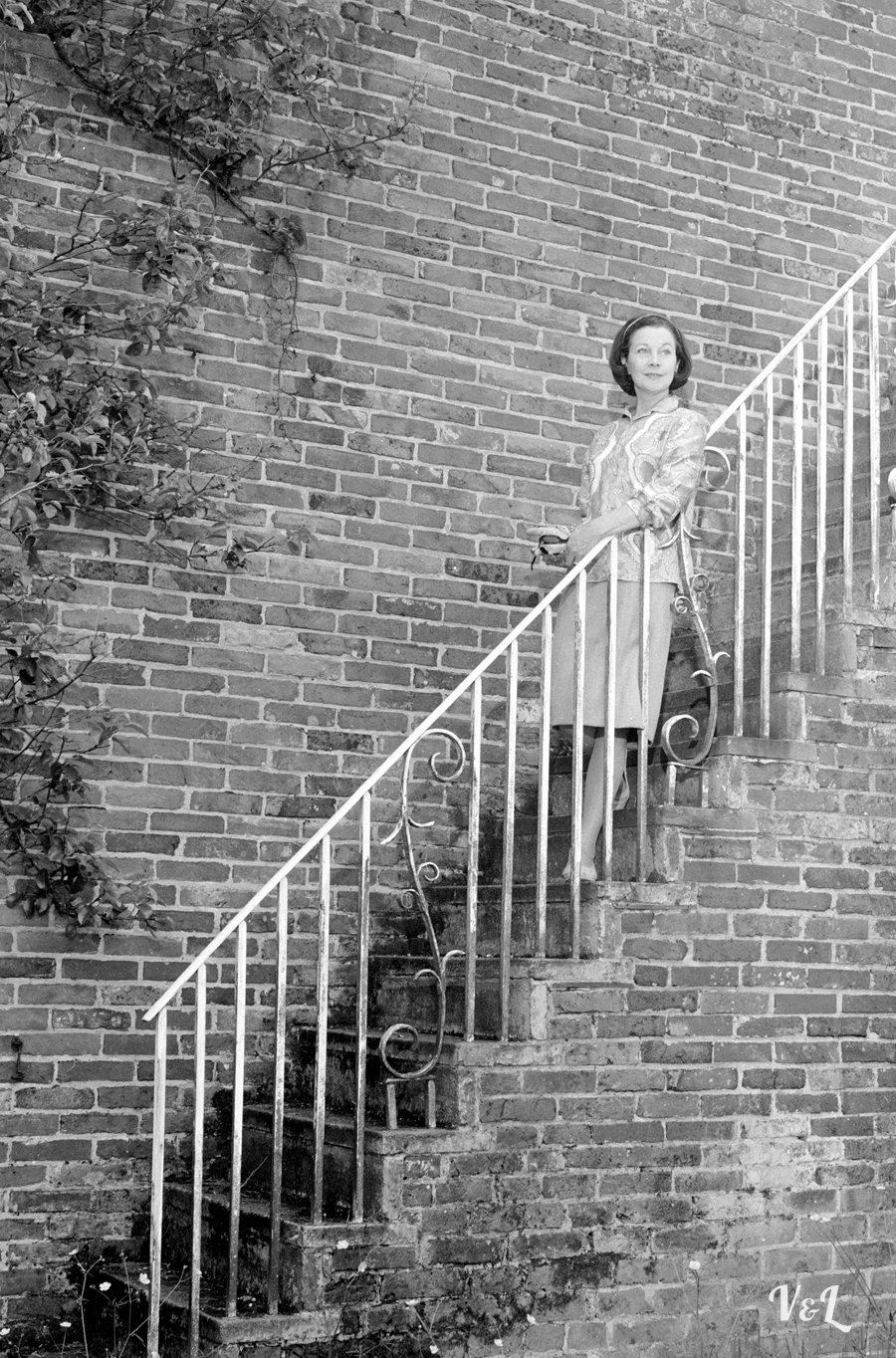 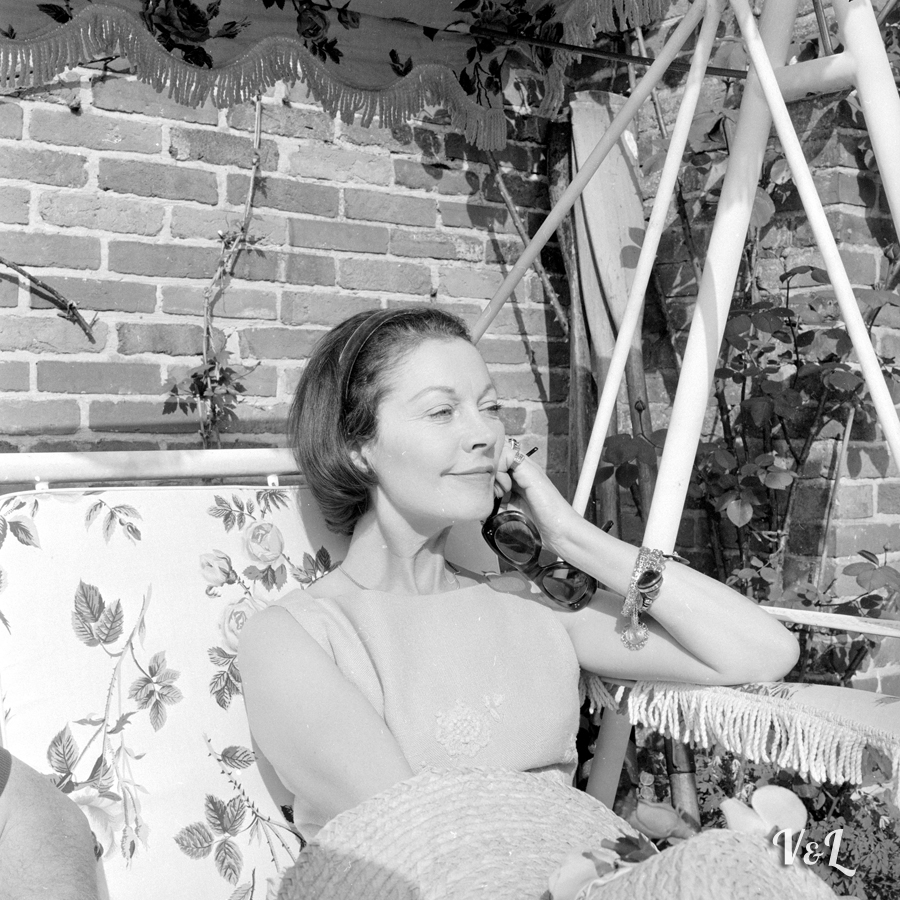 “Tickerage Mill was just as romantic a setting as Notley, if on a smaller scale. The lake close to the house provided for her the essential ingredient of water always present, and she assured me that she was comforted by the knowledge that it was there, even when obscured by the mist of autumn, the winter fogs. There was also a miniature wood filled with carpets of anemones and bluebells that she had planted, which burgeoning in the spring might have been created for Titania [the character Vivien played in A Midsummer Night’s Dream in 1937]. Like my mother, Vivien had green fingers, and in an enviously short time, the garden, which had been sadly neglected till the arrival of the new owner, took on a blossoming look of someone who knows that she is cherished.” – Godfrey Winn, 1965 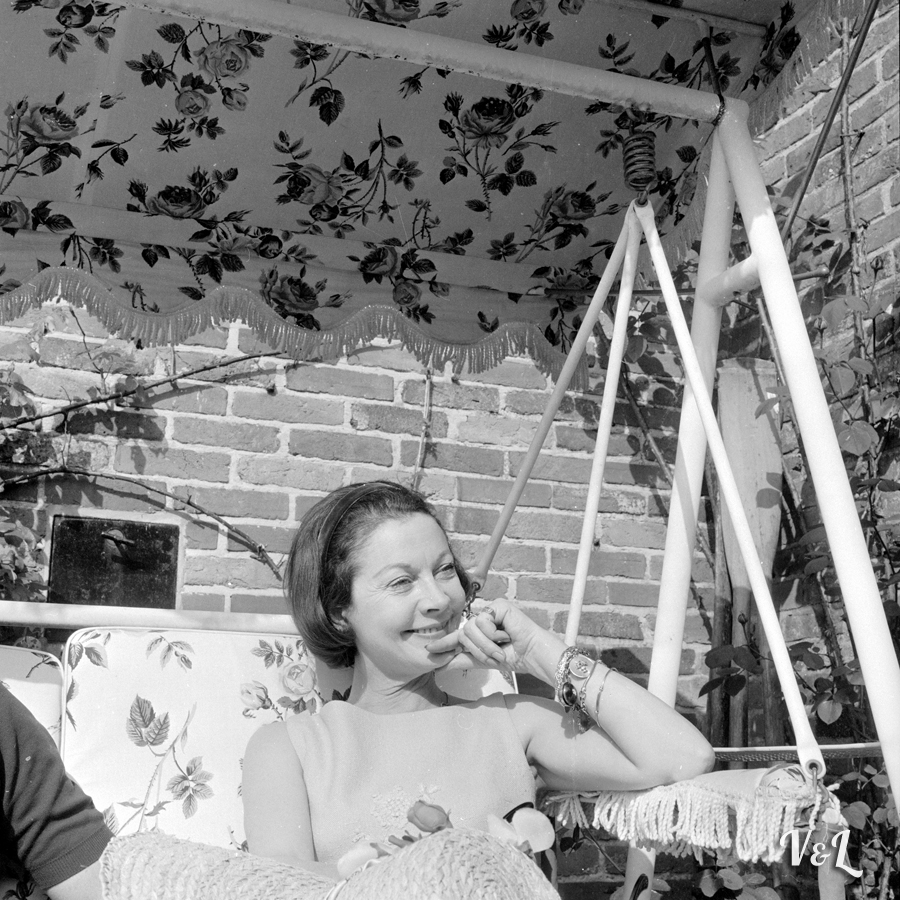 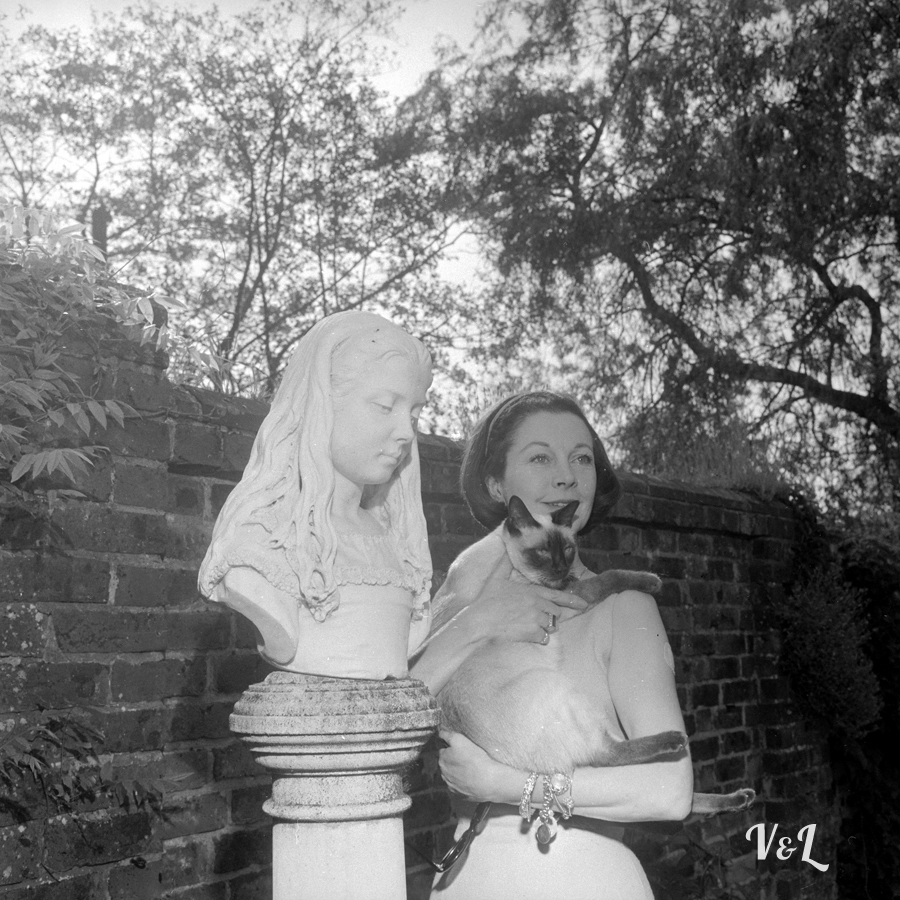 “Another beautiful album of Tickerage for Vivien! It really is stunning and she is delighted with it, as I have no doubt she has told you in the letter which Jason and I have just walked up the lane to post…All is well here I think. We have had our dramas; the Cooks, who have been with Vivien for eleven years as gardener and ‘help’, upped and left and the cottage has been empty for a month. However the replacements arrived yesterday to start work to-morrow and if they are satisfactory we shall at last be able to go to the big city for a few days and catch up on some shows. We have hardly left the place for weeks. Also the poodle ran away last week and got run over for his pains poor chap. Luckily not much damage done except that he was concussed and had amnesia. He came back yesterday from the kennels in Buxted and seems fairly all right. I say ‘fairly’ because we think he still has a touch of amnesia since he forgot himself in the kitchen before lunch in a pretty substantial way.” – Jack Merivale to Arnold Weissberger, October 10, 1965 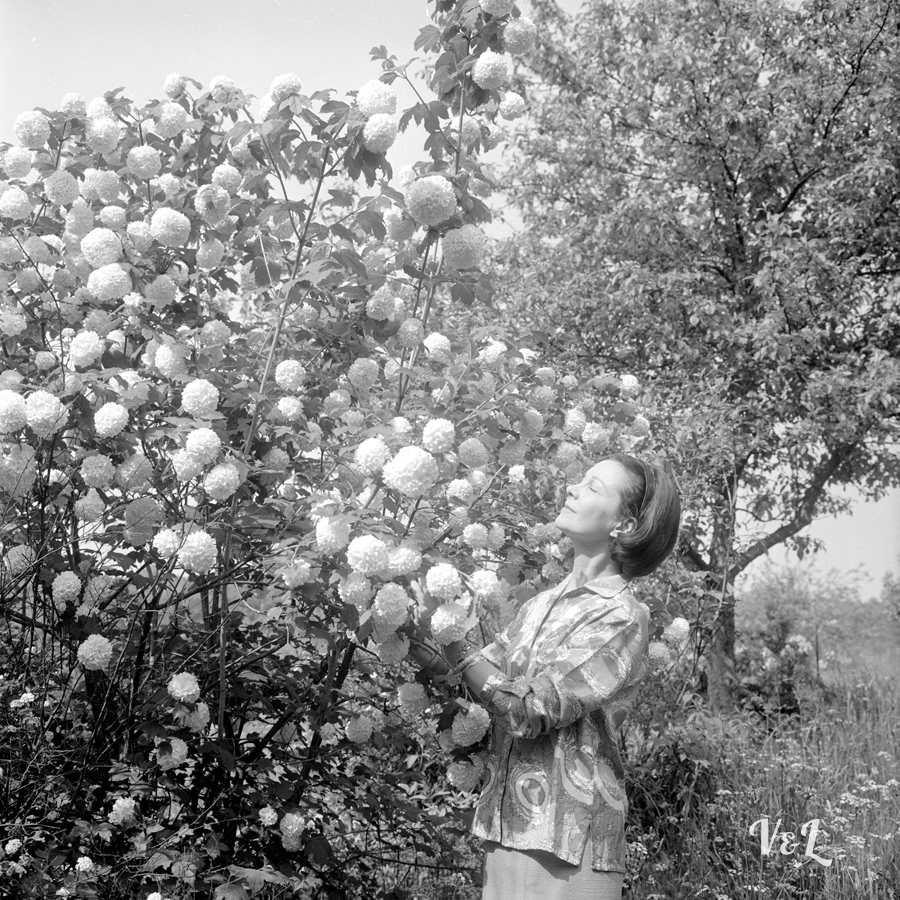 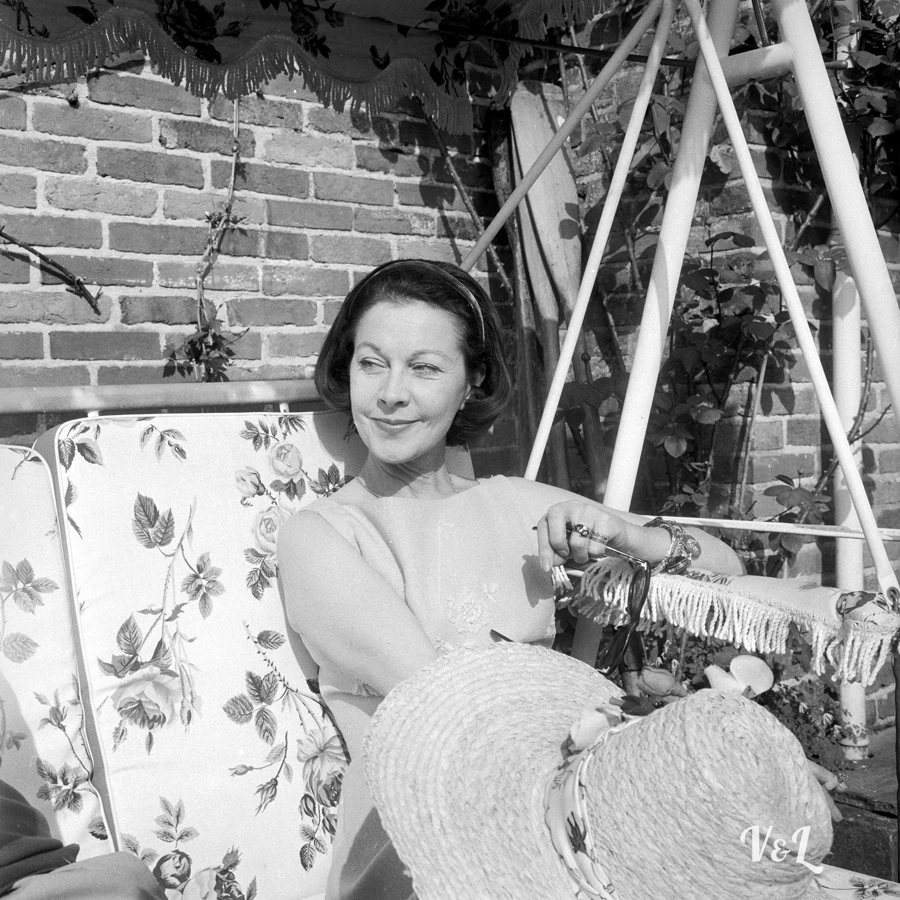 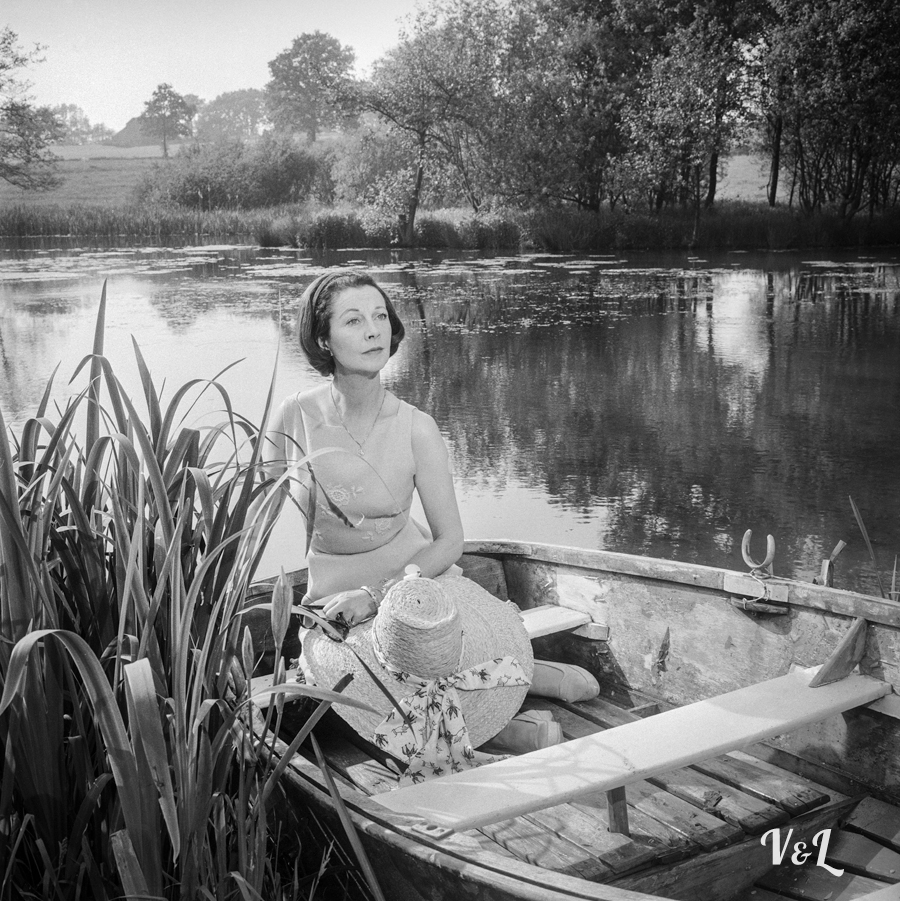