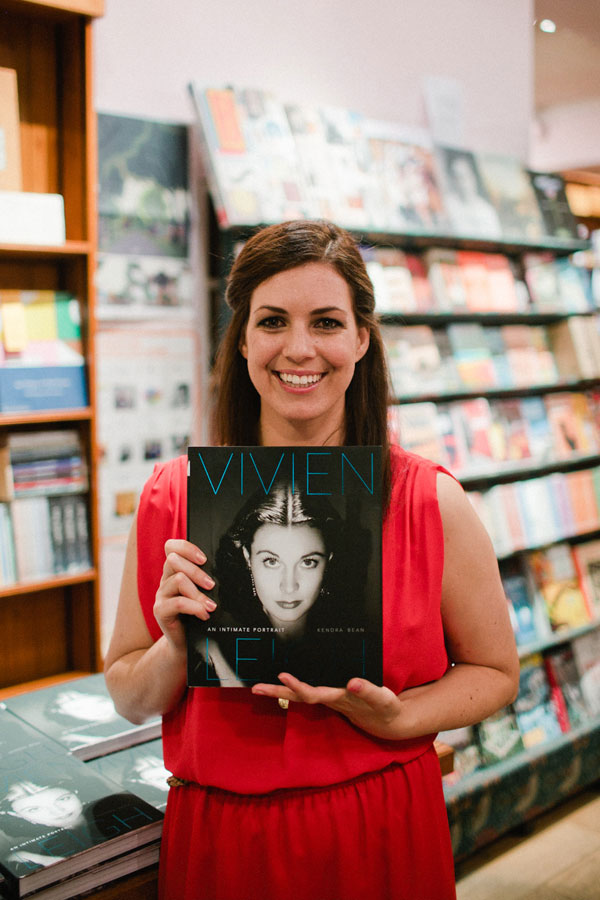 After five years of having this dream of putting together a photography book about Vivien Leigh, it finally happened. Vivien Leigh: An Intimate Portrait hit stores on October 10 here in the UK, and on the 15th in the US. We had the launch party at the quaint Daunt Books in Holland Park on the 15th and I was overwhelmed by the turnout and the support – so much so that I may have even cried on my mom’s shoulder (she made her first ever trip to London with her sister just for this event).  Others that came to help celebrate included my boyfriend Robbie, some of the best friends I’ve met over the past few years, Claire Bloom, Louise Olivier and her kids, her mother Hester who came all the way from Devon, Trader Faulkner, Richard Mangan, Terence Pepper from the National Portrait Gallery, Keith Lodwick from the V&A, several people who knew Vivien and worked with her, people I’ve known through vivandlarry.com for a while and got to meet for the first time, my agent, my publicist, and many more. My publicist estimated around 100 guests. It was, without a doubt, one of the most memorable nights of my life.

Inevitably there has been some criticism, but thus far the response to the book has actually been really positive, and for that I’m grateful. If people “get it,” are moved by it, and appreciate the effort that went into it, then I feel I’ve succeeded in some way. It’s not perfect – nothing is – but it was a labor of love and of that I’m proud.

And it’s gotten some wonderful coverage!

So, what’s next? When I was trying to get a publisher for the book, the general sentiment from many people in the business was that Vivien just isn’t relevant anymore – not like Marilyn or Audrey Hepburn, or Grace Kelley. But as she did many times during her lifetime, I think Vivien is going to surprise everyone. There are quite a few events happening around London in November to mark her centenary, and I feel really lucky to be involved. Here’s where you can find me next month:

I’m going to try and keep everyone here updated with photos and stories from these and other upcoming events, but you’ll definitely be able to find daily updates over on the Facebook page.

Hi, everyone! The UK publicist for Vivien Leigh: An Intimate Portrait sent me an advance copy in the post and I’m so excited to finally be holding it in my hands! Five years from idea stage to finished book – it feels surreal! I couldn’t have done this without the support of Vivien’s fans here and elsewhere on the web. To say thanks for helping to build and sustain this great community, I’m teaming with Running Press and Perseus to give away three FREE signed copies! There are several ways to enter, as listed above. The contest is open to entrants worldwide and will end at midnight on October 10, the date of publication in the UK.

So far, advance reception of the book has been really positive. Kirkus Reviews called it “a worthy tribute to this eternally fascinating star.” That’s encouraging! Not long now until it’s in bookstores!

Last week I got a pleasant surprise in my email inbox. My editor, Cindy, had written to say congratulations – Vivien Leigh: An Intimate Portrait has been included in Publishers Weekly’s Top 10 Performing Arts 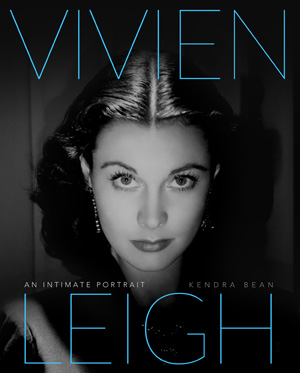 books for Fall 2013! It took me a while to track down a copy of the article, which was included in the June 24th issue. I don’t have a subscription so couldn’t view it online, but my US publicist saved her hard copy and kindly scanned it for me. My agent said it’s quite an honor for a first book to make a list such as this, and I believe her. I’m humbled to be included amongst what looks like a fantastic group of biographies, academic studies, and other non-fiction entertainment titles, including one by TCM’s own Robert Osborne:

In other exciting book news, things are really starting to fall into place as far as promotional events are concerned. TCM has chosen Vivien Leigh: An Intimate Portrait as their Book Corner Selection for the month of October! It will be featured in the Now Playing Guide, on the TCM website, and on air during the This Month on TCM segments. Be sure to program your DVRs! Also, the launch party has been scheduled. The good people at Daunt Books in Holland Park  have agreed to host the event in mid-October. I’m really excited about it and am looking forward to seeing friends, family, and fans! 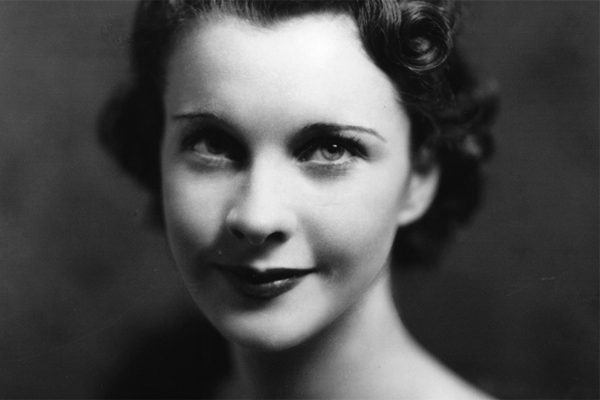 Hi, everyone! Boy, have I got big news for you!

As most of you may know, I’ve been working on a book about our own Vivien Leigh off and on for the past four years (all-inclusive). I’ve traversed nations, crossed an ocean multiple times, spent hours upon hours digging through archives, and have met many interesting people who either knew Vivien personally or have paved the way for a newcomer like me by publishing their own research. Today, I’m extremely proud to announce that I’ve got a publisher!!  The road up to this point has been long and bumpy. But I never gave up, and to be able to say that I’ve reached this very important step is almost surreal.

Vivien Leigh: An Intimate Portrait will be published by Running Press (US) and Perseus (UK) in October 2013, just in time for Vivien’s centenary! It will be a hard cover coffee table book featuring a treasure trove of new and rare photographs, and my own take on Vivien’s incredible, multi-faceted life and career. I’m also really excited because my editor is someone that I had contacted when I first set out on this project four years ago. Her sage advice about how to go about becoming a published author is something I’ve kept with me on this journey, and to be working with her now to bring this book to fruition, well, it’s kind of like things have come full circle. And that’s awesome.

I’m not permitted to give too many details right now, but I did want to extend a huge “thanks” to all of you who have shown your support here and elsewhere over the past few years. Your encouragement and active engagement as fans have enabled me to prove that although she isn’t Marilyn Monroe or Audrey Hepburn in that her face isn’t plastered around every corner, Vivien Leigh is, indeed, still a cultural icon.

As many people have reiterated to me, hard work and determination really do pay off. I’ve got much to do in a very short amount of time, but I couldn’t be more excited that things are on the move in a big way. I hope you’ll stay tuned for updates, and I’ll let you know when pre-ordering becomes available!

PS, I know some of you out there have mentioned that you have some rare photos of Vivien in your own collections. If you’re still willing to assist with this project by sharing those, please get in touch at vivandlarry{at}gmail.