Sunday morning had an early wake-up call. Our first adventure was a walking tour of London. We met at the ungodly early hour of  9 am at the Laurence Olivier statue in front of the National Theatre and at 9:30 set off to see some of the places where Vivien Leigh and Laurence Olivier worked and lived. Our route took us across Waterloo Bridge (sorry, guys, not seen in the 1940 film) to Aldwych, down to the Strand, up to Covent Garden, over to Soho and Piccadilly, down through St James’ Park to Westminster, over to Belgravia and finally to Chelsea. The list of sites: 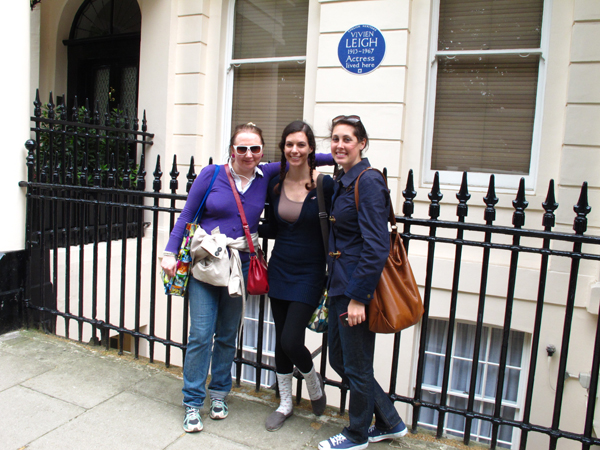 Jenni, me and Marissa outside 54 Eaton Square, Vivien Leigh’s flat in London 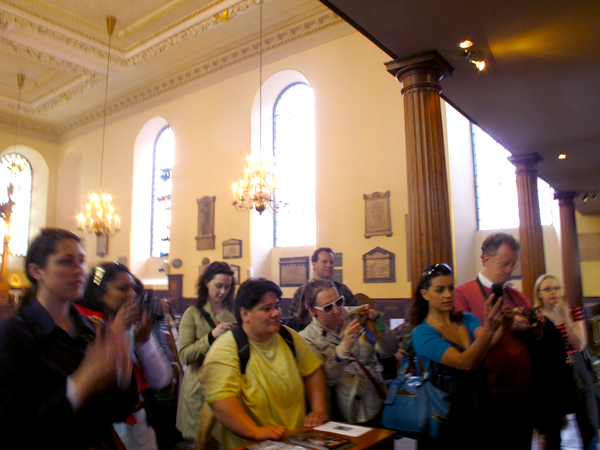 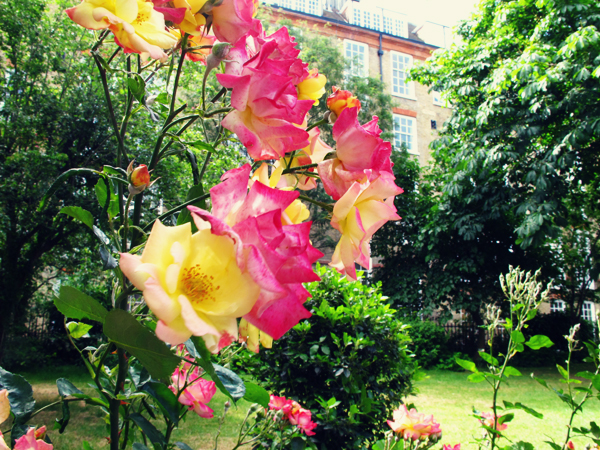 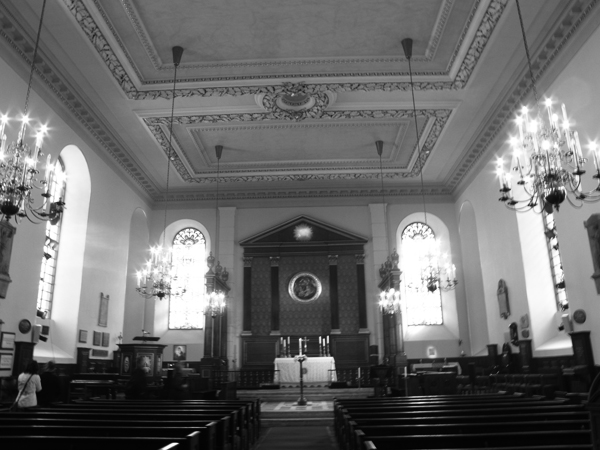 Inside The Actor’s Church 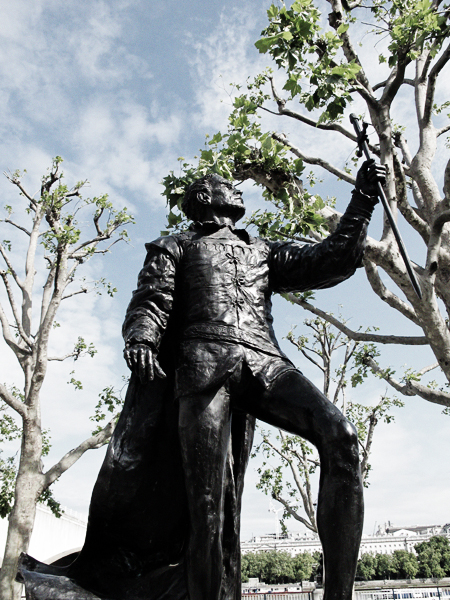 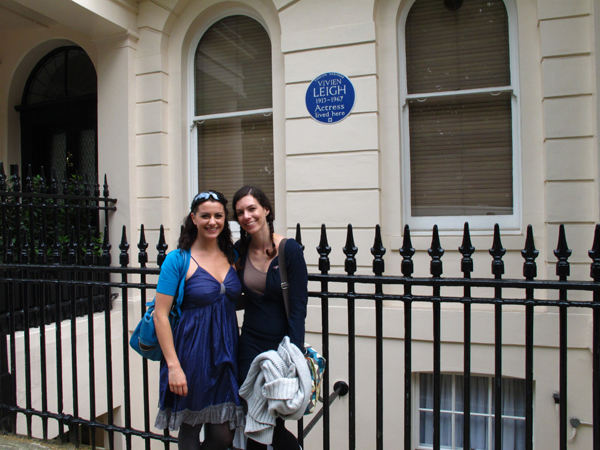 Sammi and I outside 54 Eaton Square 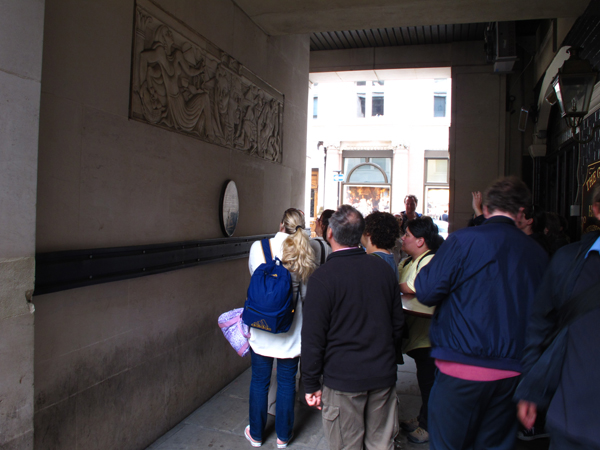 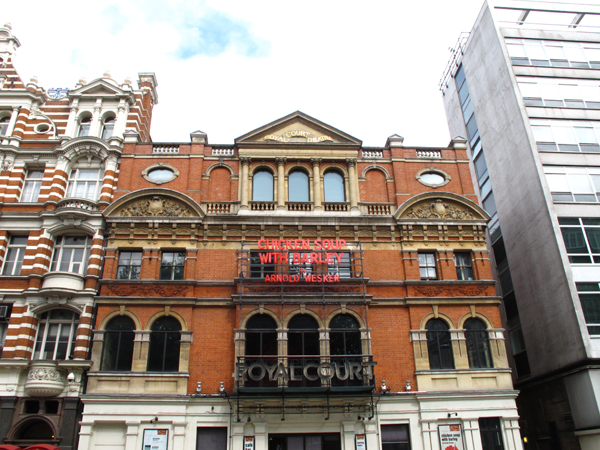 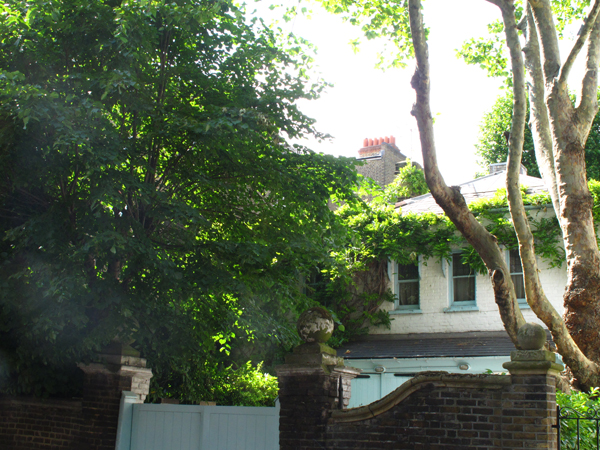 I was so impressed with our group! It was a long hike–I guestimated about 5-ish miles–but no one wandered off or complained out loud. Everyone was such a trooper! At each stop I explained a little bit of the history of the theatre or building as related to the Oliviers.

Following the tour, we hopped on the tube to South Kensington to spend a little time in the Victoria and Albert Museum Theatre Exhibit. I wanted people to get to see Vivien Leigh’s red Dior dress from Duel of Angels and Larry’s Oedipus costume made from utility materials because of rationing. 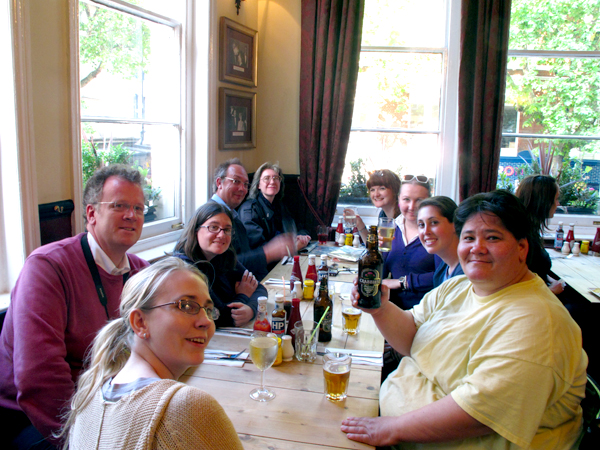 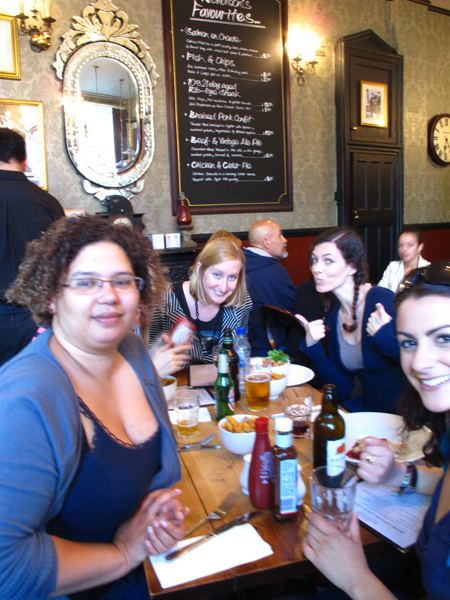 After a very long day of sight-seeing, we headed back to Leicester Square for a drink and a meal at a pub and then about 20 of us went over to the Leicester Square Theatre to see a reading of a new one-woman play called A Letter to Larry. This was a late addition to our event agenda but I’m really glad it worked out. It takes place in Vivien Leigh’s dressing room during Duel of Angels around the time of Vivien’s divorce from Larry Olivier. In it, Vivien recalls her past as she tries to make sense of the present. Vivien Leigh was played by Australian actress Susie Lindeman (Howard’s End), a waif-like woman who, like so many of us, became enchanted by Vivien Leigh and her story at a young age. I thought the performance, particularly her interpretation of what Vivien was like while going through a manic phase, was really interesting. It was definitely much better than clips I’ve seen of that awful-looking Vivien Leigh play The Last Press Conference. I don’t know the criteria a play needs to have to get a West End run, but I wish Susie and her crew all the best! 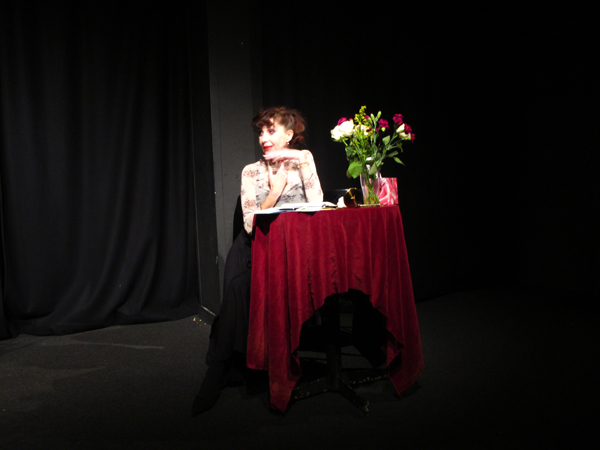 Susie Lindeman as Vivien Leigh in A Letter to Larry; a reading of a new one-woman play in Leicester Square 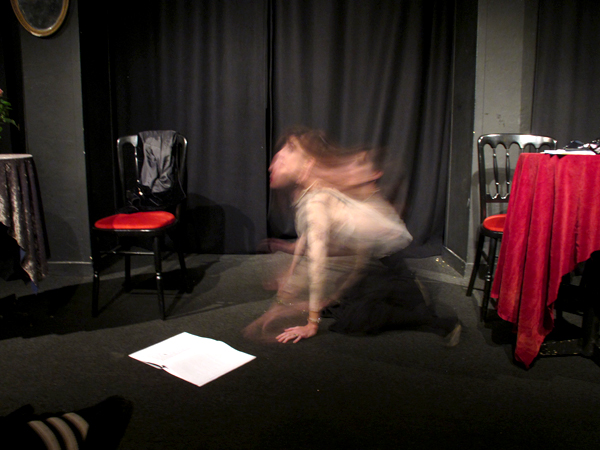 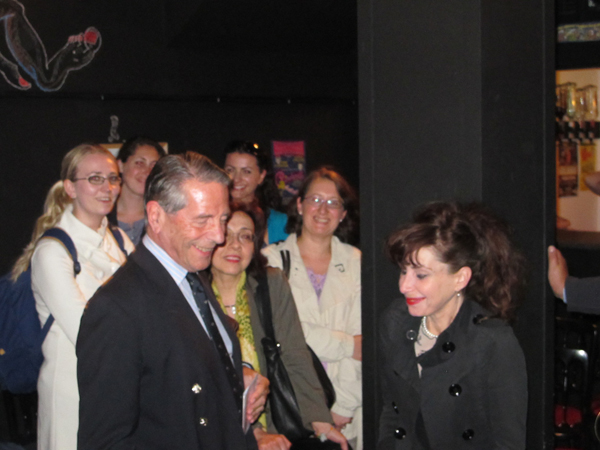 Tarquin Olivier chatting with Susie after the show

Our group got an extra surprise when Tarquin Olivier showed up to see Susie’s performance!

I also got an unexpected treat when one of the girls handed me a card that had been signed by everyone thanking me for organizing the weekend. I got pretty emotional and may or may not have cried a little. In public. It was really sweet. They also gave me a poster of Larry and Vivien from the National Portrait Gallery! I WAS SO HAPPY! I honestly couldn’t have asked for a better group of people for this first-time event. Everyone was so kind, cooperative and patient with everything. I’m so glad people seemed to make new friends, as well! I think people getting to meet Tarquin was like the icing on the cake to a really fantastic weekend. 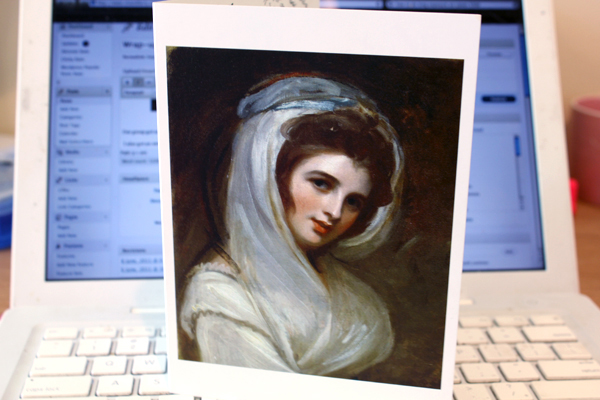 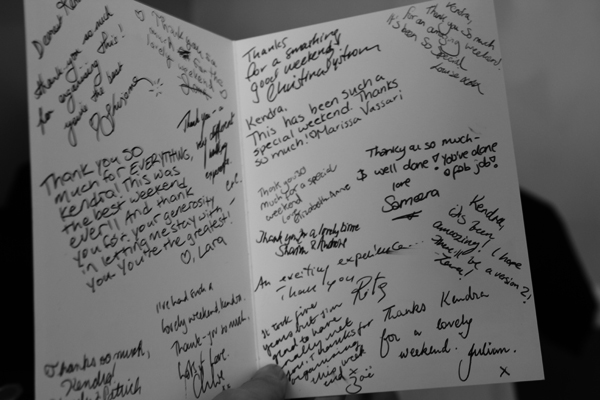 Over the course of the weekend, a couple of people commented to me that thing just seem to happen whenever I go to these places connected with Vivien Leigh and Laurence Olivier. I’ve been pretty lucky with things–just being in the right place at the right time. This weekend was about sharing a bit of London that many people visiting the city may not know about. It was about sharing my passion for this subject with others and I can definitely say it was so gratifying to have people respond in kind. We Viv and Larry fans are a unique and special bunch, and I’m so glad to have met so many of you!

Was this the first event of many? Based on the success of this weekend, I would definitely love to do it again, but we’ll see which way the wind blows. Until then, thanks again to all of you who turned out for A Weekend with the Oliviers! I still have one more blog post in store. On Monday those of us who remained boarded a train for the country…