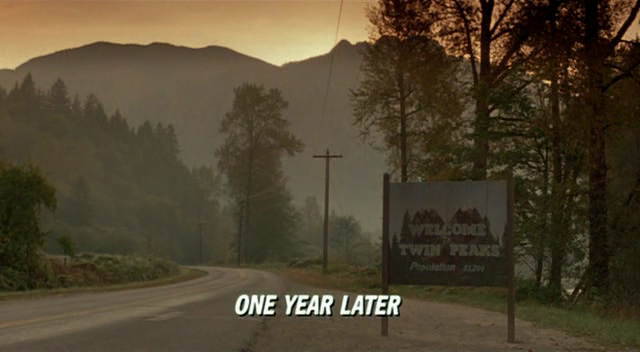 Some things are better enjoyed at certain periods of our lives. I can think of several examples of books and films I tried reading/viewing in years past and just couldn’t be bothered, only to change my tune when I tried them later. Twin Peaks (1991-1992) is a perfect example. I remember my former roommate and pop culture/crafting maven Tatiana marathoning this show about 5 years ago when we lived together, and didn’t think much of it then. It wasn’t until this past Christmas when I was still unemployed and I had plenty of time to kill that I gave it another go…and loved it.

David Lynch’s strange soap opera-turned-cult phenomenon centers on the town of Twin Peaks, Washington where the body of high school homecoming queen Laura Palmer (Sheryl Lee) has been found on a beach wrapped in plastic. Special Agent Dale Cooper (Kyle MacLachlan as one of the most charming and quirky male characters in TV history) is sent in by the FBI to investigate. He teams up with local law enforcement to unravel the case, only to be sucked in to a bizarre, nightmarish otherworld where dreams, reality and time operate differently and no one is who they seem. Twin Peaks launched many famous faces including Sherilyn Fenn, Lara Flynn Boyle and Mädchen Amick. 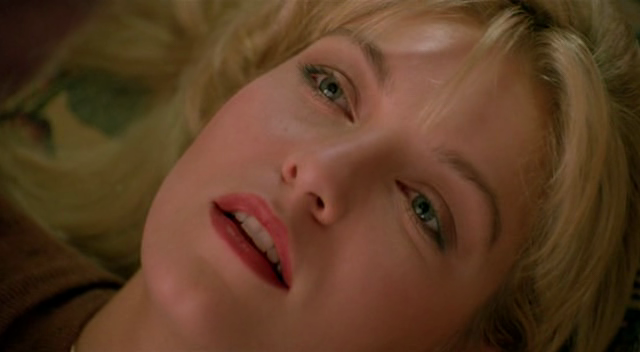 Laura Palmer is in high school? Sheryl Lee is like 35

With the success of the show, Lynch and co-creator Mark Frost planned a series of films that would explore the mysteries of Twin Peaks‘ uncanny elements. Fire Walk with Me was the first and only film to actually be produced in this series. Essentially a prequel to Twin Peaks, the first part of the film follows Special Agents Chester Desmond (Chris Isaak. Yes, that Chris Isaak) and Sam Stanley (Kiefer Sutherland), who are sent by Agent Gordon Cole (Lynch) to a small town in Washington to investigate the murder of waitress Teresa Banks. After finding a vital clue, Chester Desmond disappears. Enter Special Agent Cooper, who has been dreaming about the Black Lodge. Cooper has visions of the killer’s next victim, a blonde high school girl who is sexually active and likes taking drugs. The film then jumps forward a year to follow the last week in the life of the girl in Cooper’s vision, Laura Palmer. 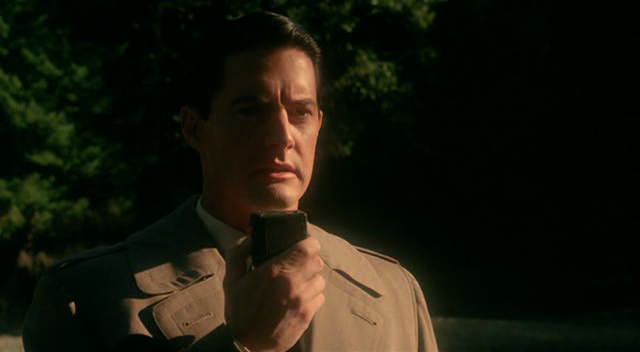 “Diane, something about this case gives me a strange feeling…”

Fire Walk with Me was obviously intended for audiences who were already familiar with the TV show. There are many familiar faces: Shelley and Leo Johnson, Bobby Briggs, James Hurley and Leland Palmer and the inhabitants of the red room, to name a few. But there are also key characters from the show that didn’t make it into the film — Audrey Horne and Sheriff Harry S. Truman, most noticeably — and are sorely missed. Some characters in the film are played by people other than the actors who embodied them in the show, which makes me question whether the original cast members were unavailable or simply uninterested in reprising their roles for the big screen. The film touches on many of the plot twists that unravel in the show, but without solid knowledge of what these twists and nuances refer to, it would be hard to piece together what happens in the film without getting confused. In fact, I feel confused simply trying to explain how others might feel confused, which is, in itself, confusing.

On the whole, Fire Walk with Me is typical, dizzying Lynch but lacks the suspense and chilling creepiness that permeate films like Blue Velvet and Mulholland Drive. I enjoyed meeting many of these characters again and hearing Angelo Badalamenti’s iconic theme, and I suppose it was nice to see Laura Palmer alive, but one of the best things about Twin Peaks is that although it’s a bit of a mindfuck, it’s also a really great mystery. In the film, everything that had slowly been revealed in the show is spelled out directly. For example, it took several episodes to reveal who really killed Laura Palmer, and in the film we see it happen. It probably wouldn’t have worked as a film otherwise, but even though I already knew what was going to happen, the film felt like one giant spoiler, and I couldn’t help but be a little disappointed.

If you’re a Twin Peaks fan, Fire Walk with Me is worth a watch, but perhaps only to remind you how much more amazing the show was.

My 90 Minutes with Michelle Williams and Kenneth Branagh