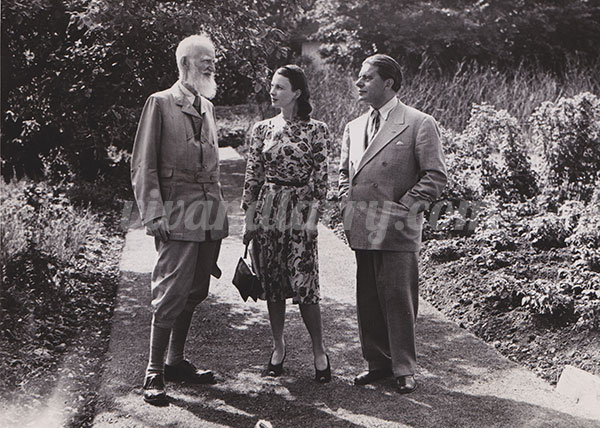 Vivien with Shaw and Hungarian director Gabriel Pascal in the garden at Shaw’s Corner, 1944

Vivien chats with Shaw in his revolving writing hut