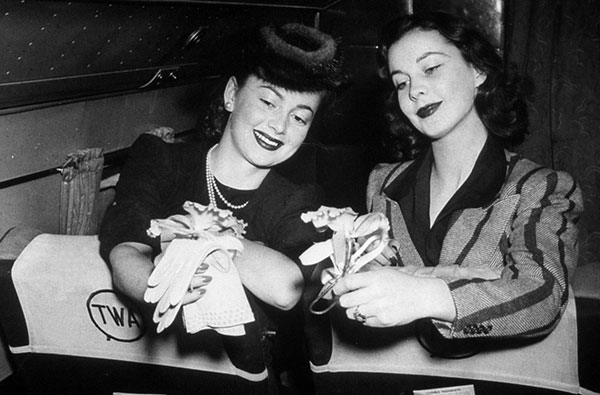 The divine Olivia de Havilland celebrates her 97th birthday today. She is one of our greatest living film legends. Her career was quite extraordinary. A two-time Academy Award winner, she starred opposite many of the most popular leading men in Hollywood history, worked with some of the most acclaimed directors, and, perhaps most impressively, served her studio, Warner Bros., with a lawsuit over contractual obligations. Passed in 1944, the de Havilland Law stipulated that studios could not add extra time onto the end of stars’ seven-year contracts.

Despite her two Oscars for The Heiress and To Each His Own, de Havilland is perhaps best-known today for playing Scarlett O’Hara’s angelic sister-in-law Melanie Wilkes in Gone With the Wind. She is the only surviving main player from the film, and as such, her memories are cherished by many fans. De Havilland has been very forthcoming over the years about her association with the film. While many, including Vivien Leigh, envisioned that the outcome of Selznick’s epic would be disastrous, de Havilland stipulates that she knew they were making something special.

I was lucky enough to interview Olivia de Havilland whilst writing Vivien Leigh: An Intimate Portrait. She kindly answered my questions in writing from her home in Paris, revealing her sharp mind and a knack for tactfulness. Her character really shines through here. Notice how she is never condescending or malicious in her assessments. One of the things I appreciated most was her honesty about how well she knew Vivien after GWTW. It’s easy to claim we know more about certain situations than we really do, and I think her admitting she wasn’t able to answer certain questions really adds to her credibility.

Below are the signed covering letter and answers to my questions. The sections that are blacked out were chosen to appear in the text of Vivien Leigh: An Intimate Portrait. 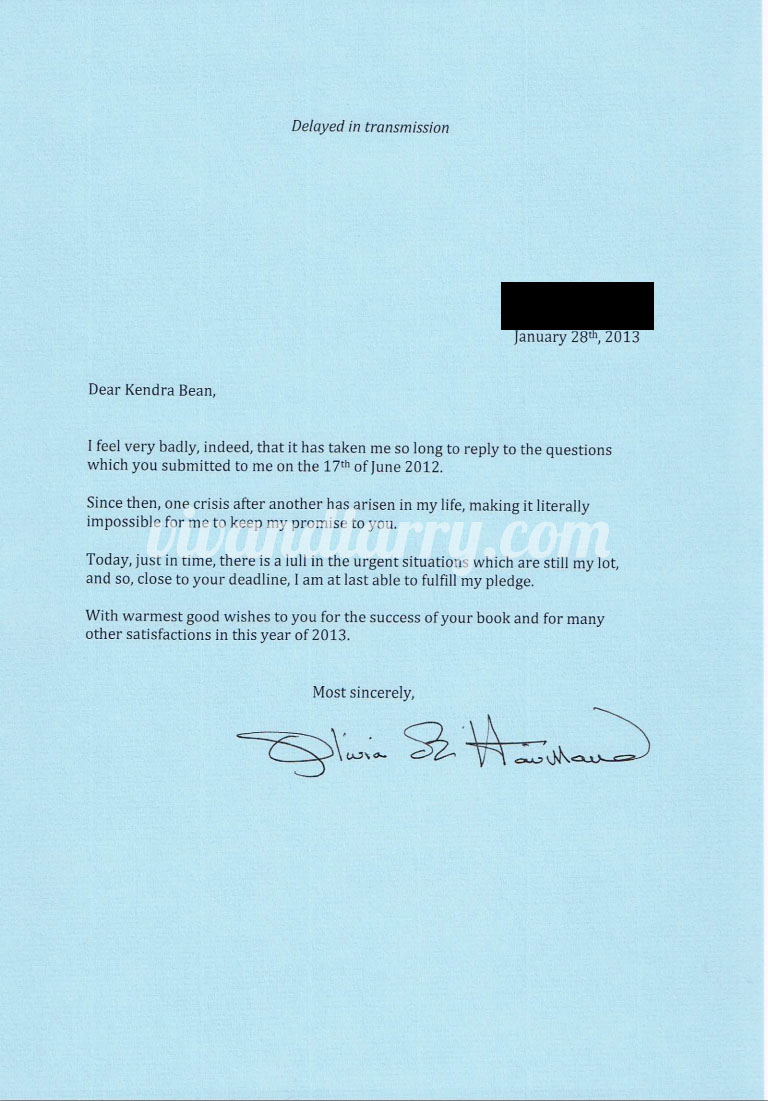 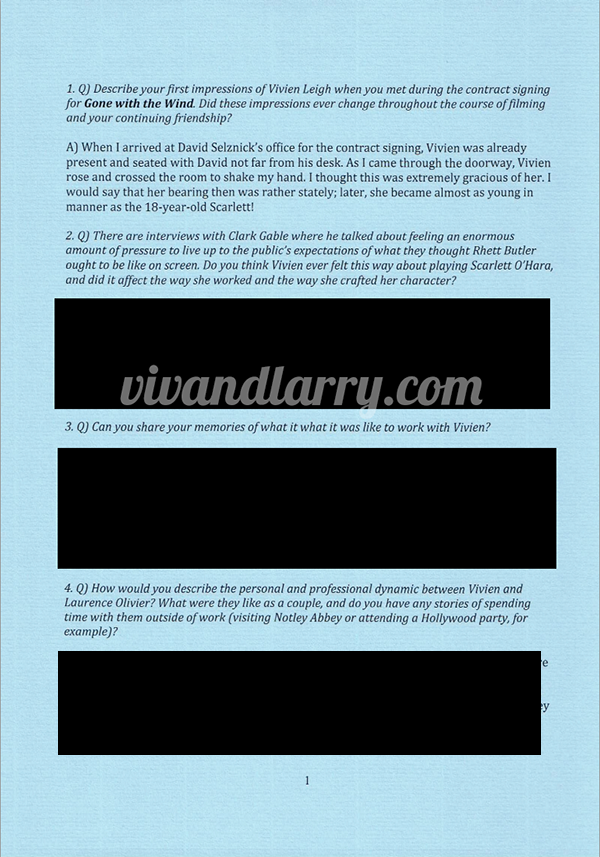 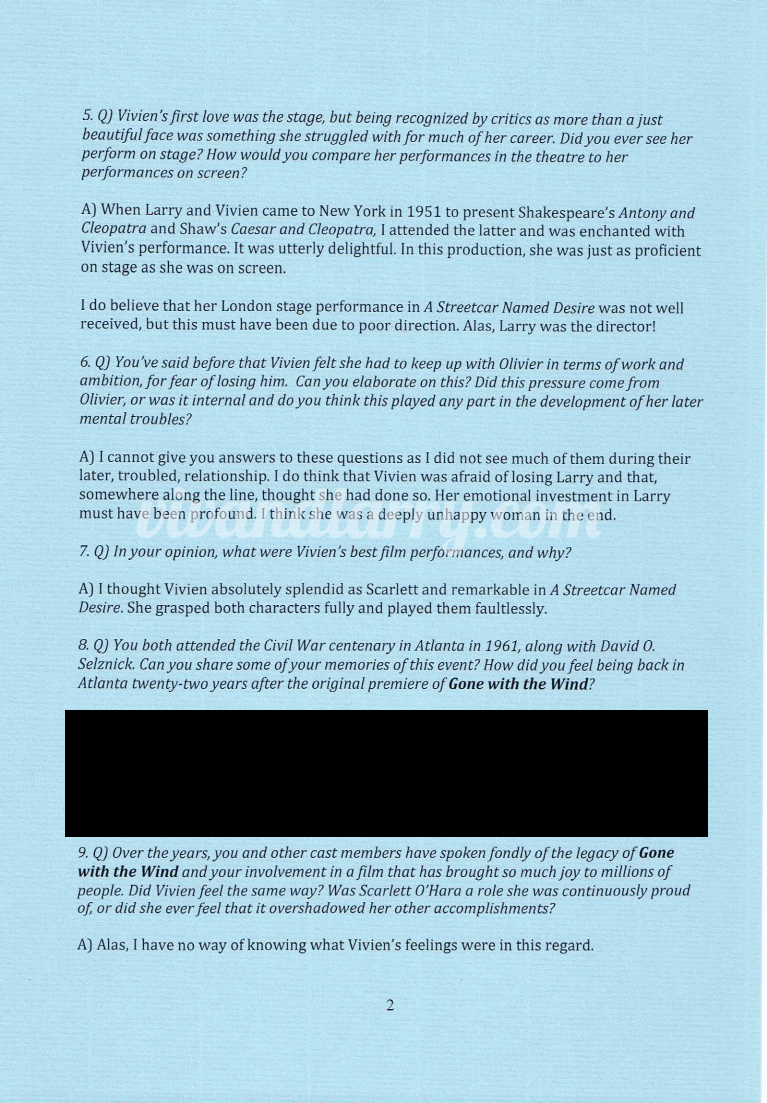 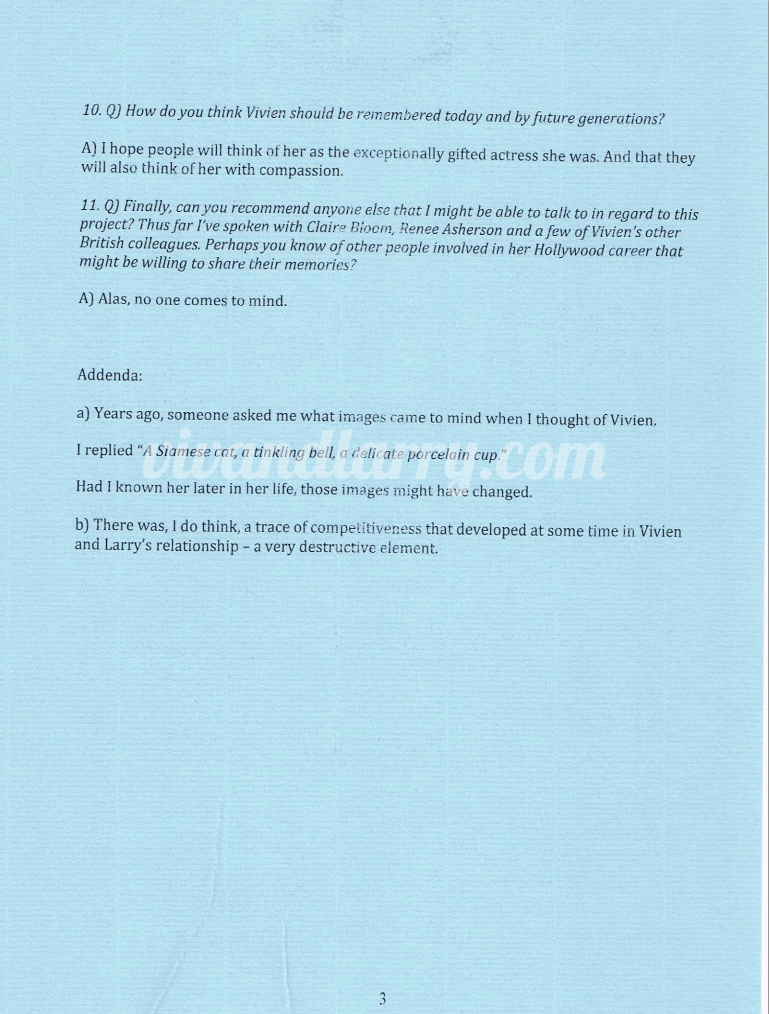