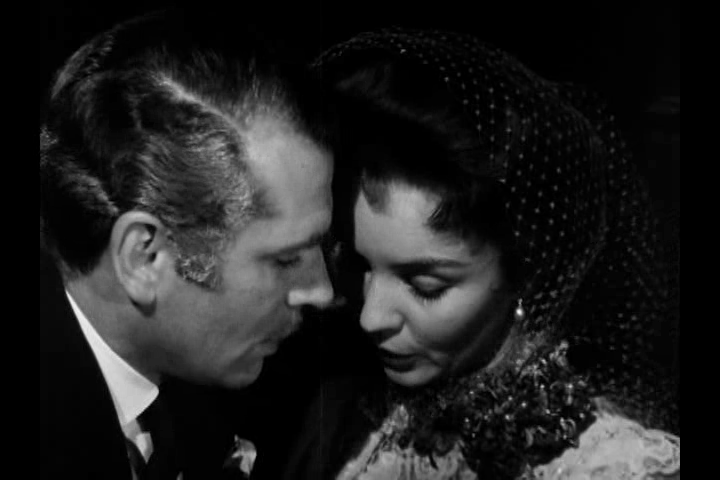 This post is part of the William Wyler Blogathon currently hosted by The Movie Projector. Spoiler alert: proceed with caution!

In 1950, Vivien Leigh and Laurence Olivier returned to Hollywood after a 10-year hiatus. In the intervening years, much had changed for Scarlett and Heathcliff. They were married in late 1940 and almost immediately sailed for England, leaving the luxurious life behind for one of buzz bombs and gas masks. During the war, both rose to prominence on the London stage and Olivier also became one of Britain’s most revered film directors by successfully bringing Shakespeare to the screen. He became the youngest ever Actor-Knight in 1947, and the following year he and Vivien achieved legendary status in the eyes of the public when they led a successful Old Vic tour of Australia and New Zealand. When they again stepped foot on California soil, they were no longer Laurence Olivier and Vivien Leigh but The Oliviers, a combined cultural icon idolized by fans and fellow actors alike.

Vivien had been lured back to Tinsel Town to play Blanche in  A Streetcar Named Desire and Olivier had come to offer support. Playing the role on stage for nine months had drained Vivien and they didn’t want to risk a long separation. Looking for a challenge to fill the time, Olivier signed on to star in the film adaptation of Theodore Dreiser’s controversial turn of the century urban novel Sister Carrie. The film reunited Olivier with director William Wyler, who had been instrumental in helping the actor appreciate the film medium during the grueling making of Wuthering Heights in 1938/39.

Carrie Meeber (Selznick discovery Jennifer Jones, who was married to the producer at the time) is a young girl from Wisconsin who leaves home at 18 in search of the American Dream. On board the train to Chicago she meets the suave and slightly creepy Charles Druet, who takes an immediate interest in her solo status and fresh looks. Carrie stays with her sister and her Swedish husband in a tenement flat on the wrong side of town and finds work in a shoe factory to help pay the rent. But her cheerful outlook quickly sours and she ties of the monotonous labour and meager pay. After suffering an injury-by-sewing-machine, Carrie is fired from her seat in the assembly line and turns to Druet out of desperation. But instead of helping her find a job, Druet just makes her his kept woman.

On the first evening of their relationship, Druet tells her to meet him at Fitzgerald’s, the swankiest restaurant in Chicago. There she meets the proprieter, George Hurstwood (Olivier). Hurstwood, though middle-aged, immediately takes an interest in Carrie and we soon learn that he’s got a sad life at home with his grown kids and gold-digging harpy wife. Soon George is taking Carrie to the theatre and showing her a bit of culture with some extra benefits on the side. But George is good at keeping secrets. Carrie only finds out about his wife and family after she’s fallen in love with him, and is convinced he’s just using her as a cheap toy.

George’s love for Carrie is real enough and he asks his wife for a divorce. She refuses and threatens to ruin him, but George won’t be blackmailed. Instead, he accidentally embezzles a large amount of cash from the safe at Fitzgerald’s and under the pretext of Charles Druet’s (fabricated) illness, convinces Carrie to run away with him to New York where they can marry. It’s not long, however, before George’s secret is discovered, bringing about an onslaught of consequences for both of them that results in Carrie’s rise to success–albeit not happiness–as an actress and George’s rapid descent into poverty and his eventual suicide in a homeless shelter.

Screenwriting team Ruth and Augustus Goetz did well in keeping many of Dreiser’s themes in tact–namely the realism of human nature in the face of Victorian morals, and the hardships of working-class America in the early 20th century–but the film is otherwise firmly stamped with the red ink of the Production Code. In the Old Hollywood Rule Book there is a high price to pay for those who lie, steal, cheat, or attempt to have sex outside of marriage.  Although all of the above are done with good intentions in Carrie, our characters are still punished for their misdeeds. As if it’s not bad enough that they have to live in squalid conditions straight out of an Upton Sinclair novel and George can’t find a decent job after being blackballed from every good restaurant east of the Mississippi, Carrie has a miscarriage and learns that her marriage to George is illegal because Mrs. Hurstwood never gave him that divorce. In the end, they both search for a little absolution but neither of them find it; we reap what we sew, even if we’re honest.

In addition to a compelling story, the real gem of Carrie is the acting. Olivier didn’t care much for Jennifer Jones during the making of the film and would often write to Vivien (while she was in New Orleans doing location work for Streetcar) expressing his frustration. Jones is good in the finished product but the highlight is Olivier who gives one of the best performances of his career. I find him quite astonishing when he’s playing an average guy (see also Term of Trial, The Entertainer and/or Bunny Lake is Missing). He often liked to tell the story of how Wyler brought him down a peg or two during the making of Wuthering Heights by criticising his pompous attitude. In Carrie, there is no room for theatrics. Olivier is forced to make the best of a character who is given no platform whatever to perform and he does it with heartbreaking aplomb. He even puts on a non-regional American accent and you can’t help but give him an A for his effort.

Although Carrie was nominated for two Academy Awards and Olivier received a BAFTA nod for his performance, the film is little known today. However, it is available in DVD in the States and, if you’re lucky, you maybe able to catch it on TCM on occasion. Don’t mistake it for Brian DePalma’s Stephen King adaptation. There are no buckets of pigs blood to be found here. Carrie is one of the hidden gems of both Olivier’s and Wyler’s careers. But perhaps the fact that it’s not well known is actually a good thing. Now you can all go discover this treasure of 1950s Hollywood cinema on your own.